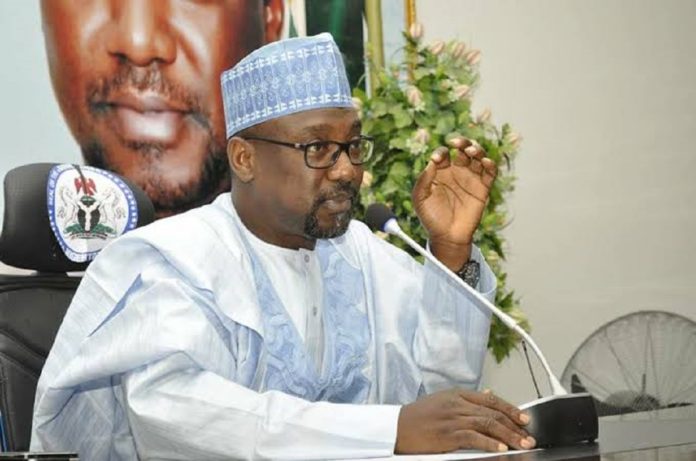 Governor Abubakar Sani Bello of Niger State has emphasized the need for the Executive arm of government to work in synergy with other arms of government so as to fast track the development of the state.

Governor Sani Bello stated this when he received members of the Niger State House of Assembly who paid him a congratulatory visit following Wednesday’s Supreme Court verdict that affirmed his victory at the 2019 poll.

The governor says  the affirmation of his victory by the Supreme Court will enable his administration to focus more on the administrative activities,  promising to work with all arms of government.

“We have a lot to do and we are working closely with State Assembly to change the narratives and strategies with a view to seeing that in the next two years we achieve a lot in terms of development and capacity building.

“I believe we have a good team in the State Assembly and at the Local Government level and I believe working together will bring about relative development in the state, he said”

According to him, “we have so many projects ongoing, most of which started from the last tenure. This is time to consolidate and ensure we complete most of them”, he added.

In the area of security, Governor Sani Bello assured that focus will be more on combatting the challenges faced in the local government areas as the State government has been working tirelessly to ensure adequate security is provided for the people.

“The local government will focus more on security especially in Rafi, Munya, Shiroro, Paikoro, Rijau and Mariga, those are the areas we are having challenges with bandits”, he said.

He said the state government is working in conjunction with the local government councils to ensure that they provide security for them.

“I hope in the next coming weeks we will see reasonable improvement when it comes to security”, he added.

Niger State Governor, Abubakar Sani Bello however described his landmark victory at the Supreme Court as the will of God and reaffirmation of the people’s mandate.

The Speaker expressed the legislators’ determination to work with the executive arm of government in order to bring about meaningful development in the State.

He described the Supreme Court verdict as well deserved,   saying it will further strengthen the existing cordial working relationship between the executive and the legislature.

Prayer was offered by the members for the more wisdom for the Governor to pilot the affairs of the State to greater height.