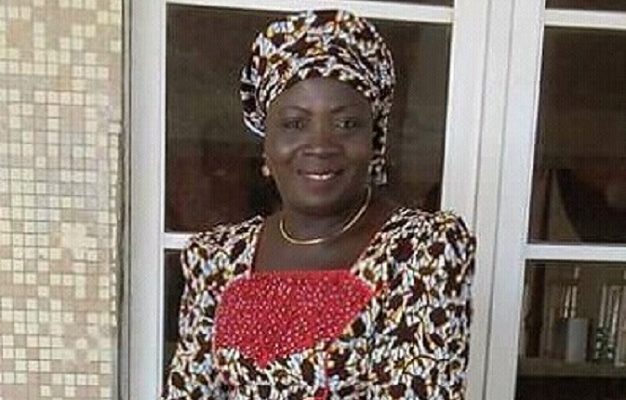 The kangaroo, and the chameleon set out to visit the turtle, after days in the forest trekking, they were almost at the turtle’s home, when the lion roared, they did not see the lion, but heard the roar, both kangaroo and chameleon were supposed to scamper, however it was the kangaroo that hopped away, the chameleon changed its color to suit the circumstances, the turtle no one could say…

How much is a Nigerian life worth, to the kidnapper, to the arsonist, to the murderer, when a Nigerian’s life is cut short by the bullet of the same security forces that his/her taxes pay to maintain, who is responsible for the inhuman policies that are responsible for lives that are lost?

How much is the life of that woman that loses her baby as a result of avoidable circumstances in the slums called hospital, or who consoles the widower who has lost his wife because the hospital had no water, what is the cost if the children that are killed daily as a result of negligence.

Men are suicidal because they cannot meet their family responsibilities, women are doing the jobs of ten men, because of abuse of all sorts, who is responsible when we do not know the value of life?

And when we murder our mothers, women, our sisters, our daughters, and people’s aunties due to electoral violence, who is held liable?

So, the Kogi elections has come and gone, and so has the Bayelsa elections too, and as Nigerians we have moved on, there are winners and yes losers, isn’t that what elections are about, and in the phrase of Professor Larry Diamond, our semi-democracy continues, it limps, it stutters, in somersaults, in a manner of one step forward, and ten backward. Democracy without good governance, without justice and filled with bloodshed.

And so my friend, colleague and brother in the struggle for a nation that we deserve, and member of ‘elders of our land’, Dr. Chris Kwaja, wrote in his reflections, “Our dear big sister, Erule Bisi Fayemi, the wife of the Ekiti State Governor, Dr Kayode Fayemi, was at the residence of the late PDP women leader in Kogi state, Mrs. Salome Abuh, to console the family over her death. Her death is purely a declaration of war against women, in a kind of politics that’s male dominated and where the men monopolize all the weapons of politics – money and arms. The resort to violence is always the easy and most potent weapon of the weak. The women must be seen as co-builders of our democracy rather than enemies to be silenced or hacked.”

For those that do not know, and trust me, many do not know, Mrs. Abuh, a PDP women leader in the area, who also doubled as a Coordinator of the Wada/Aro Governorship Campaign Council, was holed up in her home and set ablaze by political supporters alleged to be from the ruling party.

The criminality happened on November 18, 2019, after the November 16, 2019, governorship election in the state. Suspected thugs who invaded the home of Mrs. Abuh at about 02:00pm, locked all exits in the house and poured petrol before setting the house on fire.

The hoodlums were said to have prevented locals from coming to the rescue of the woman as they shot sporadically to scare the people away and kept watch until the building was razed down. Mrs. Abuh reportedly attempted to escape through a window but was prevented by the metal burglary proof and bullets raining in her direction.

Elder Simeon Babani Seidu Abuh, husband of the, late Mrs. Abuh, described her death as premeditated and called on security agencies and all authorities concerned to ensure justice in the matter. He further stated that the community knew the culprits.

The United Nations (UN) condemned the killing through the Deputy Secretary of the UN, Amina Mohammed, who expressed the concern of the global body when the Minister of Foreign Affairs, Geoffrey Onyeama, hosted her. “No person especially women should have to lose their lives when seeking political office,” Mrs. Mohammed said. She said it is incredibly important to make seeking political office safer.

Five days after the incident on November 24, President Buhari ordered a “scrupulous investigation of the murder of the women leader.”

Spokesman of the Kogi Police Command, William Aya, who first confirmed the incident, saying it was a case of culpable homicide and mischief, would further state that she was asleep when she was burnt. Several days later the command had arrested six suspects in connection with the killing. And inform Nigerians that the police had started interrogating the suspects to ascertain their level of culpability in the death of the woman. And as usual that the outcome of the investigation would be made public as soon as it was completed.

Women in Politics Forum (WIPF), alongside various groups of women, NGOs, female religious groups and others embarked on a match from the National Centre for Women Development to the Federal Ministry of Women Affairs after a three-day conference in Abuja last week, demanding for justice for the death of Salome Abuh,

In the words of National President, Women in Politics Forum (WIPF), Ebere Ifendu, “We hold Inspector-General of Police accountable, we will follow the prosecution because somebody must pay for that gruesome murder. “If we fail Salome we fail ourselves, but if there is justice we know that she didn’t die in vain.

Is there any agency that has a list of persons that died this year, that were killed as a result of state violence, people that died as a result of those collapsed buildings, those that were abducted and killed, Boko Haram related killings, even members of the security apparatchik that were killed on duty, is there anywhere that serves as a remembrance for Nigerians because our lives are worth something, really what is the cost of a Nigerian live.

Salome Abuh after all said and done, is gone, gone to the great beyond, and that is the end of the tale of the Kangaroo, the chameleon, turtle and lion, the riddle unsolved, it would be confined to the bestseller shelve of Nigerian books of Murder Inc, Unsolved Killings and such books and as Professor Tor alluded to and I paraphrase, this attack on womanhood that ordinarily should warrant reason to action by men and women of good conscience irrespective of political, social and religious leaning would just again be one of those things, collateral damage; women that should be partners in our democratic space hacked down, Nigerians killed and no one isn’t accountability, or answerable, because we leave the space to urchins and all sorts of disturbed persons, but for how long—Only time will tell.