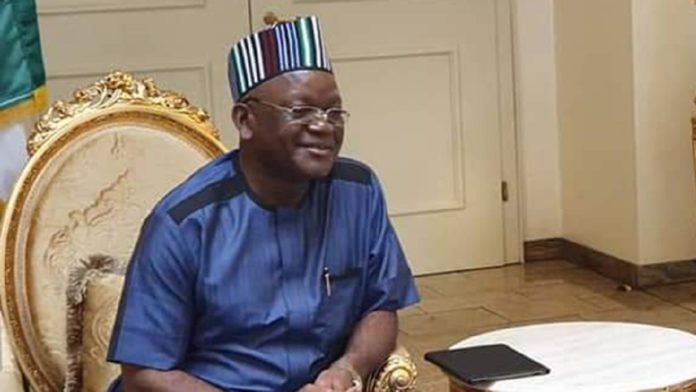 Ortom while signing the budget 2020 tagged “Advancement, Growth and Development” on Monday in Makurdi, pledged that the government would strive to implement the fiscal policy.

The News Agency of Nigeria (NAN) recalls that Ortom had on Nov. 12, 2019, presented the same N189.4 billion 2020 budget estimates to the state House of Assembly for approval.

He said the implementation of the 2020 budget would give rise to addressing deficiencies in the social sector especially education, health and water and infrastructures.

According to him, the 2020 budget will promote education, healthcare delivery and other infrastructures for growth and development of the people.

He promised to run an all inclusive government that would accommodate ideas, suggestions and constructive criticism for the good of the people.

“If we do not fear Benue people that elected us we are bound to fear God.

“There is no time, Benue people are eager to see us deliver good dividends of democracy no need for procrastination again.

“All executive members should ensure timely delivery on all government commitments and there must be proper justification for all transactions.”

The governor further said that his administration would also consolidate on the success recorded during his first term and ensure that there were no more mistakes.

Ortom disclosed that he would “personally” monitor projects, stressing that “no more office work, we will be more in the field now”.

Earlier, the Speaker of the state House of Assembly, Mr Titus Uba, said the legislature would continue to collaborate with the executive to provide dividends of democracy to the people.

Uba further said that the lawmakers had to forgo their Christmas vacation to ensure that the budget was passed within record time so that the 2020 budget implementation would commenced on Jan. 1.

Similarly, the economic sector got the highest vote of N73.7 billion, followed by the Social sector with N64.6 billion, administrative sector N48.2 billion, while Law and Justice got N2.8 billion, respectively.