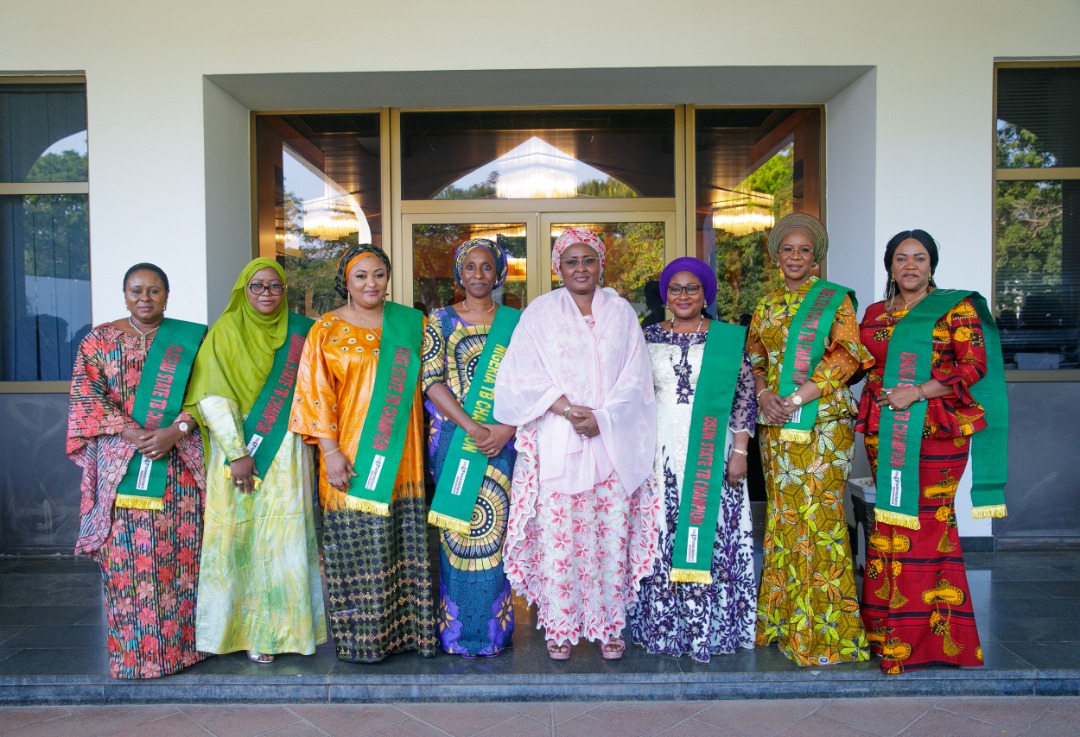 Wives of the 36 States Governors have been commended for the role they play in reducing the spate of maternal and child mortality in Nigeria. The commendation was made by First Lady of Nigeria, Dr. Mrs. Aisha Muhammadu Buhari during a Mid-Term Peer Review session on Governors Wives Advocacy Coalition (GWAC) held at the State House, Abuja.

Mrs. Buhari recalled the day in October 2017, when she signed a commitment with the wives of Governors to champion the cause of RMNCAH+N, the commitment that led to the Governors’ Wives Advocacy Coalition.

“We all realized the need to aggressively address the issues to avoid a situation where women will have to choose whether to give birth to a child or stay alive”, said the First Lady.

She expressed her excitement over their performance leading to several interventions for the improvement of RMNCAH+N in their various states, including the trickling down efforts to the wives of Local Government Chairmen thus complementing the effort of government in their states. She said as women and mothers, they understand better than anybody the problems and challenges being faced by women and children in the society.

In a communique read at the end of the peer review meeting by the Wife of the Governor of Niger state, and chairperson Northern Governors Wives Forum, Dr. Amina Abubakar Bello, Wives of State Governors were identified as being uniquely placed to be effective champions for women and children in their states; this is because of their position and potential influence.

The meeting also stated the aim of the Mid-term Peer Review (MTR) of the Governors Wives Advocacy Coalition, which is to assess the progress made and provide insight on the future of the project. It further called on Development Partners both from the public and private sectors interested in working for the health and wellbeing of women and children to strategically engage the State’s first ladies.

Mrs. Buhari used the occasion to unveil the maiden edition of ‘The Antenna’ a magazine published to chronicle the developmental activities of her pet project (Future Assured), and those of the State’s First Ladies.

Highlight of the event was the investiture of wife of the Vice President, Her Excellency, Mrs. Dolapo Osinbajo and wives of Governors as champions in the fight against tuberculosis (TB), which Mrs. Buhari conducted, calling on them to “use every opportunity to advocate for the improvement in the services towards detection and treatment of TB in Nigeria. 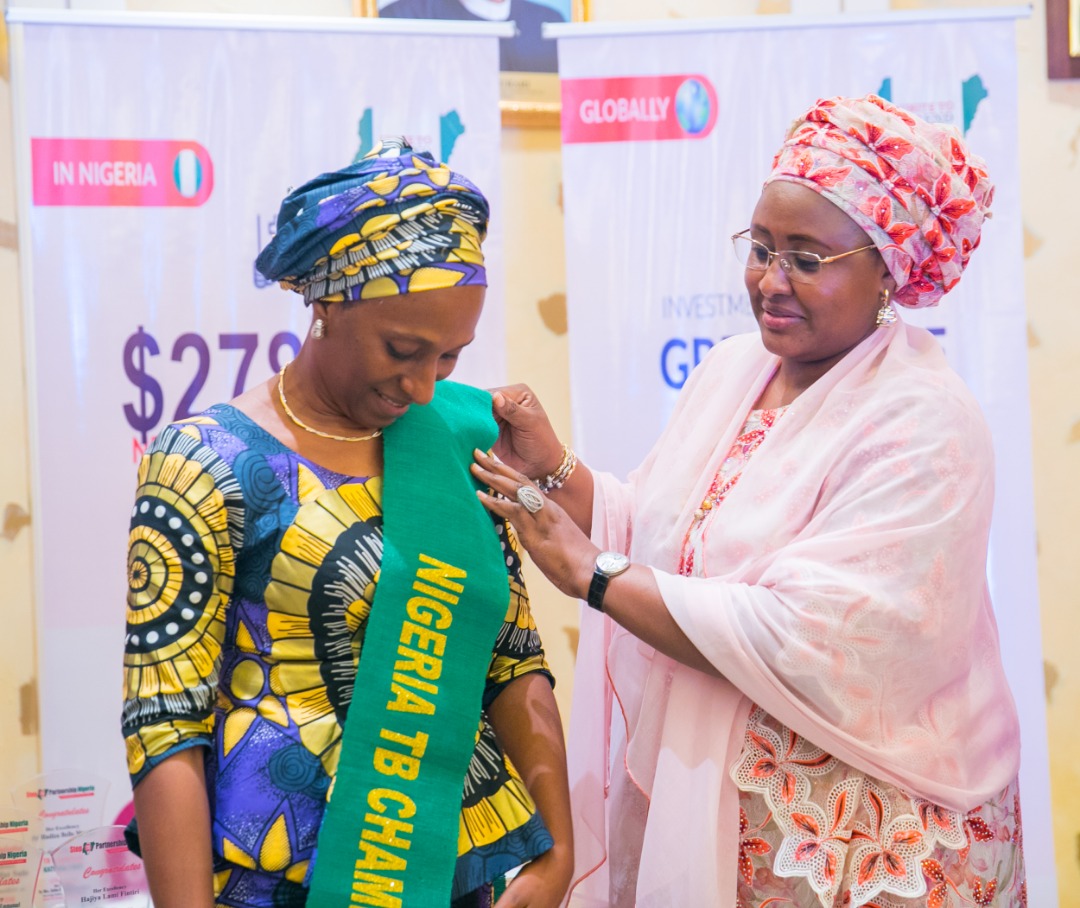 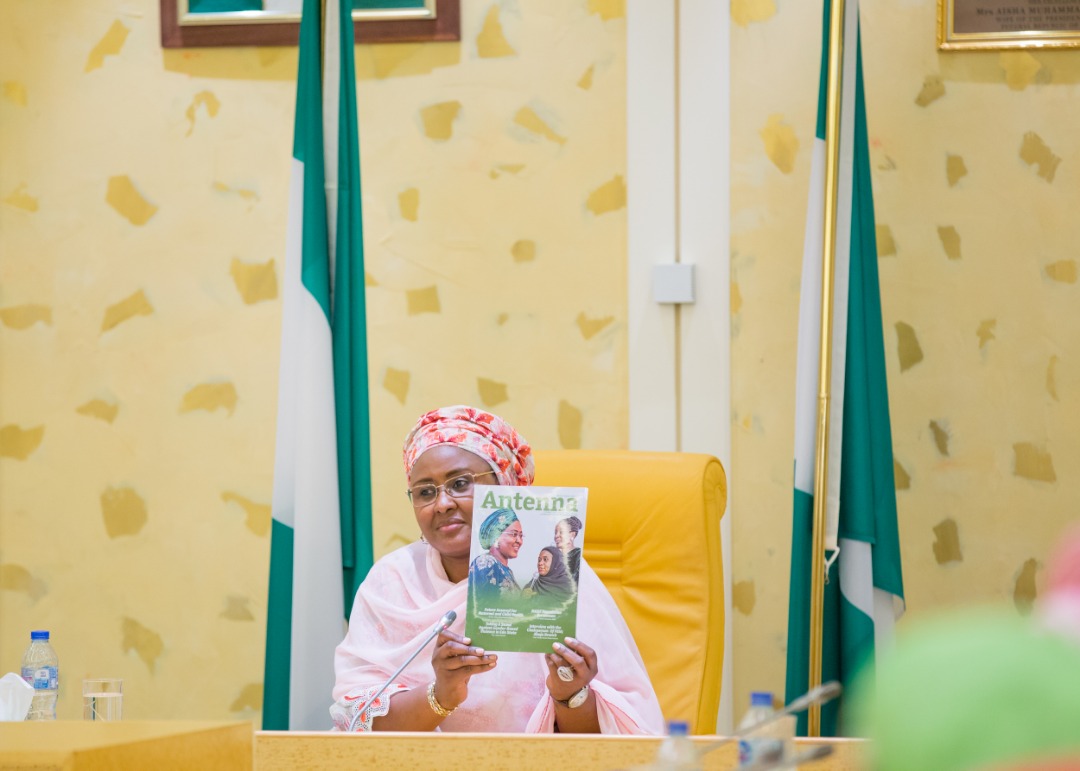 No going back on grazing routes recovery – FG

Nigeria Will Continue To Collaborate With China For Critical Infrastructure – Presidency