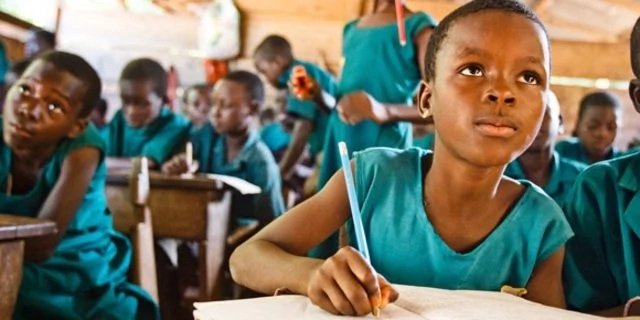 The Bauchi State Universal Basic Education Board (SUBEB) has disvlosed that it had concluded plans to reduce the number of out-of-school children in the state in the 2019/2020 academic session by 15 per cent.

This was disclose by State Chairman of SUBEB Dr Abubakar Sheikh Dahiru when he paid a high level sensitization visit to emirs of Bauchi, Misau, Jama’are and Dass in the state.

He said the programme would be done through the Better Education Service Delivery for All (BESDA), which is a programme in collaboration with the Federal Government State Government and World Bank, to mop up no fewer than 70, 000 children off the streets.

He said, the partnership is as a result of data from the Nigeria Education Data Survey (NEDS) 2015, which put the statistics of out-of-school children in Bauchi State at 1.3million which is the highest number in the North Eastern Part of the Country

Dr Surumbai said we have already commenced the programme and Bauchi state is making effort to reach its 2019 target before the year runs out we will mop out these children off the streets yearly by 15 per cent. We are giving in all our best because of the danger, the menace poses to the future of our children,  all action plans, all deliveries and tools have been put in place, meetings have been concluded for the mop up of such out-of-school children for the 2019 15 per cent target.”

Dr Surumbai said “The programme whuch was commenced in 2017 and will end in 2022 and Bauchi State government is giving its counterpart funding by either renovation, expanding the present schools or building new ones in the places where all these challenges are identified, we are happy that the new administration of Governor Mohammed Bala Abdulkadir has keyed into the UBEC programme to see that all challenges in the Education sector are addressed,’’

Chairman said unlike the previous programmes BESDA programme is result-oriented as there are indices to check as we mop the age group back to school, we will attract intervention from the World Bank.’

He expressed confidence that the target would be met this year as a result of the present administration’s drive to resuscitate the sector by providing the needed counterpart funding to woo investment in that regard.

In their separate remarks the Emirs pledged to give their support to the programme and directed all Tsangaya stake holders parents in their domains to accept the programme to reduce the high number of out of school children in the state.

Emir of Bauchi Alhaji Rilwanu Suleimanu Adamu blamed the highest number of out school children in the state to the high number of Internal Displaced Person that come to Bauchi from the neighboring states where there is the problems of security challenges.

Emir of Misau Alhaji Ahmed Suleiman and the Emir of Jamaare Ahaji Ahmadu Muhammadu Wabi and the Emir of Dass Usman Bilyaminu Othman pledged to take BESDA Campaign to all the stake holders for the development of their areas and appeal to SUBEB chairman to put more classrooms for renovation and construct more classes in their schools.