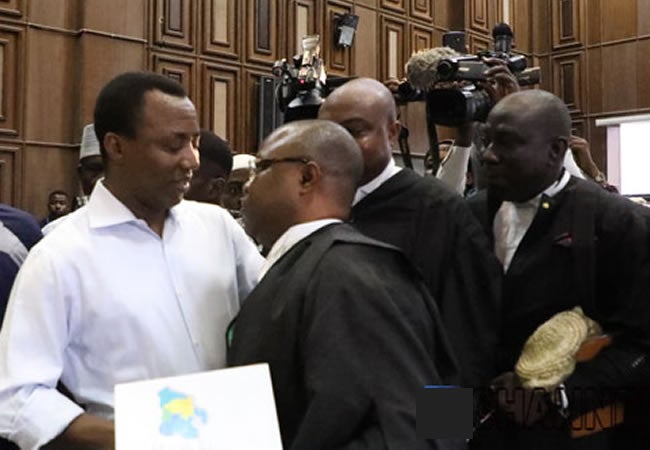 The Department of State Services on Thursday continued to hold the convener of #RevolutionNow protest, Mr Omoyele Sowore, and his co-defendant, Olawale Bakare, despite being served with court’s warrants for the release of the two men.

Justice Ijeoma Ojukwu of the Federal High Court in Abuja, before whom both men are being prosecuted by the Federal Government on treasonable felony charges, had on Wednesday signed the warrants for their release from custody.

Our correspondent on Thursday saw the acknowledgement copies of the warrants received at the headquarters of the DSS in Abuja by an “officer” named Solomon. B.

Defence lawyer, Marshal Abubakar, said the warrants were served by a court bailiff on the security agency around 10am on Thursday.

“After serving them, they said they would call us thereafter,” Abubakar said.

He said DSS officials had yet to get back to him or any member of the legal team as of the time of talking to our correspondent at about 5.49pm on Thursday.

It was also learnt that the bailiff who served the warrants on the DSS had deposed to affidavits of service which had been transmitted to the court’s file as a way of keeping the judge posted on the development.

Sowore, publisher of Sahara Reporters, and Bakare were arrested and have been in the DSS’ custody for over 90 days following their call for a protest tagged #RevolutionNow.

The protest was perceived by the Federal Government as a move to overthrow the President Muhammadu Buhari government.

They were on September 30 arraigned on charges of treasonable felony before Justice Ojukwu, who on October 4 granted them bail on terms and conditions they could not meet.

Following an application by the defendants, the judge on October 21 reviewed the bail conditions which the defendants finally met.