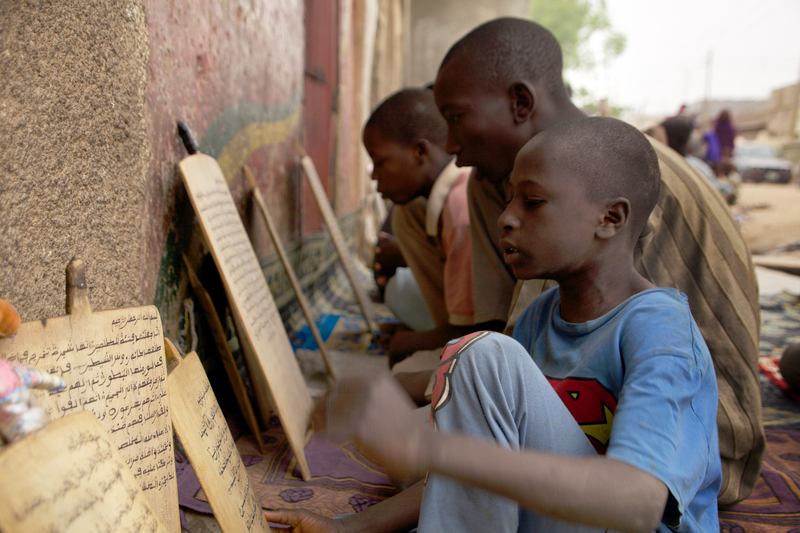 The Kano State Government on Monday said it had recruited 600 teachers to teach in remodeled Almajiri schools as part of efforts to stop the Almaji school students from roaming the streets and begging.

The state governor, Dr Abdullahi Ganduje disclosed this during the induction of the 600 teachers at the Government House, Kano.

Ganduje said that the teachers were recruited under the Best Education for State Delivery for All (BESDA) programme.‎

Represented by the state Head of Service, Dr Kabiru Shehu, Ganduje said that the government was concerned by the plight of children begging and roaming the streets under the guise of attending Qur’anic schools.‎

He said that 393 Almajiri schools were selected across the 44 local government areas of the state for the pilot project.

Ganduje added that the pupils would be taught English, mathematics and other relevant subjects on Thursdays and Fridays.‎

‎The governor added that the new initiative of integrating Almajiri schools into the mainstream curriculum-based education system was long overdue.

“The new initiative will checkmate the menace of street begging among almajiris because more measures would be put in place to bring forth the dignity and resourcefulness of pupils for the overall development of the state,” he said.

The governor said transport fares would be given to all the Qur’anic teachers.

Earlier, the Executive Chairman of State Universal Basic Education, Dr. Danlami Haido, said that the state government had approved over N200 million for the purchase of books for  the Almajiri schools.

‎He stressed that the state government had declared free education in basic and senior secondary school levels and will recruit 3,000 volunteers teachers in order to reduce teachers’ deficit in the state.‎

Some of the Qur’anic teachers interviewed expressed happiness over the development, noting that our society had been left behind by advanced Muslim countries who combined both Islamic and western education.