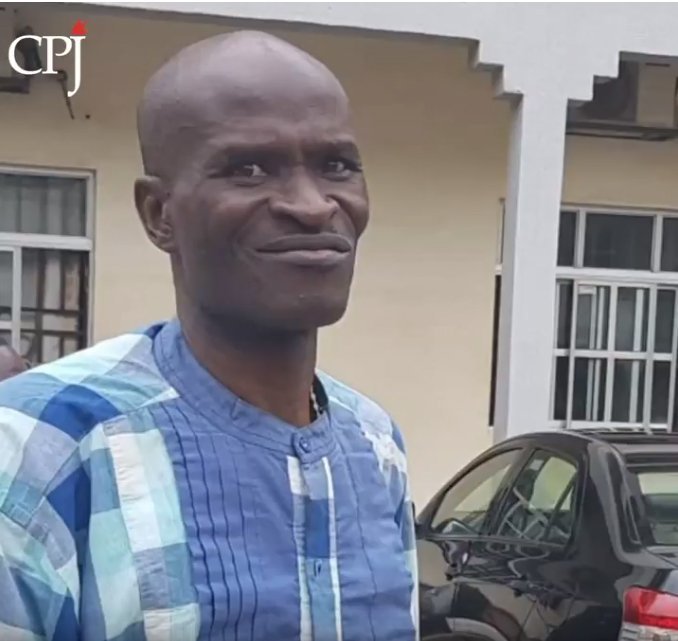 The Division of the federal high court sitting in Abuja on Monday reviewed the bail terms and conditions it earlier granted the publisher and editor of the Weekly Source newspaper, Jones Abiri.

Before now, Abiri was granted bail during his arraignment on May 24, on a three-count charge bothering on alleged economic sabotage and terrorism.

As part of the bail conditions then, the trial judge, Ijeoma Ojukwu had ordered the defendant to pay N100 million and produce one surety in like sum.

She also said the surety must own landed property in Abuja. But Abiri prayed the court for leniency.

But at the resumed trial on Monday, counsel to Abiri, Samuel Ogala prayed the court for “an order varying the bail terms and conditions granted to the defendant by substituting the order that the surety must be an owner of a landed property within Abuja metropolis and must submit evidence of tax payment for 2016, 2017 and 2018 together with the original title documents of the property, with an order for the production of a civil servant.”

Ogala explained that his client does not reside in Abuja and does not know anybody that has a landed property.

Ruling in favour of the defendant’s application, the judge ordered that the surety must depose to an affidavit of means commensurate with the bail sum and attach documents showing proof.

She also ordered him to submit title documents of landed properties which he said he had outside Abuja.

However, minutes after the judge demanded to see the surety before standing down the matter, Abiri’s cousin, Fredrick Bekeobiri, a grade level 14 civil servants with the ministry of power arrived the court.

Blueprint reports that Abiri was previously arrested in 2016 on allegations of sponsoring militant activities.

He was accused of being the leader of the joint revolutionary council of the separatist group, Joint Niger Delta Liberation Force.

The publisher was also accused of threatening oil companies and demanding money from them.

He was granted bail in August 2018 when an Abuja magistrate court struck out a suit against him after being held in detention for two years.