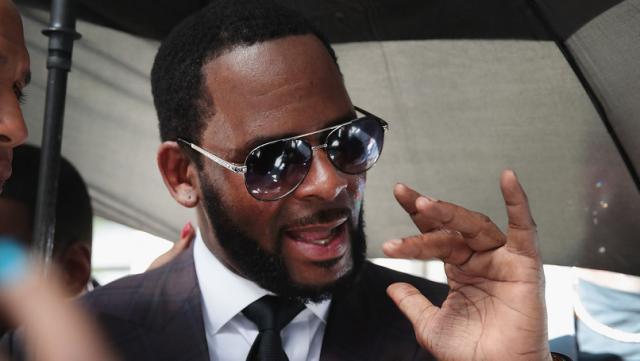 R. Kelly is being accused by prosecutors of hiding massive amounts of cash in his childhood friend’s bank account.

According to court documents obtained by The Blast, prosecutors believe the singer is lying when it comes to his claims of being broke.

They reveal in court documents that their investigation has uncovered Kelly diverting his music royalty payments to a third party.

Prosecutors state, “the defendant’s contention that he has “almost no financial resources” is also misleading.”

They continue, “In fact, the defendant continues to receive hundreds of thousands of dollars in connection with royalties he is owed for his music. The government’s investigation has revealed that earlier this year, the defendant re-directed those royalties to the bank account of a childhood friend. Regardless of where those funds are being held, however, they belong to the defendant and, at any time, the defendant can redirect those funds – and future royalty proceeds earned – to an account in his name.”

Further, “His lack of candor with the Court regarding his financial resources is another factor that counsels against release.”

Prosecutors used this information in court to shut down Kelly’s attempt to be released from jail. Kelly argued for release and used his two girlfriends in his argument. At a hearing, the judge sided with prosecutors and denied his release.

Kelly has faced financial woes for several years. The problems worsened when the allegations in “Surviving R: Kelly”, other accusers coming forward and him being arrested on multiple charges.

Over the past year, Kelly has claimed he is broke and has no financial resources. When he was jailed over child support issues, he allegedly had a friend post the bond. His ex-wife Andrea has had to drag Kelly to court over unpaid support.

Kelly is also facing a civil lawsuit from an alleged victim, Faith Rodgers. The singer is also dealing with a separate legal battle, accusing him of breaking up a Mississippi Sheriff’s marriage.

The first man to accuse R. Kelly of sexual abuse testifies that the singer asked him what he was ‘willing to do for music’