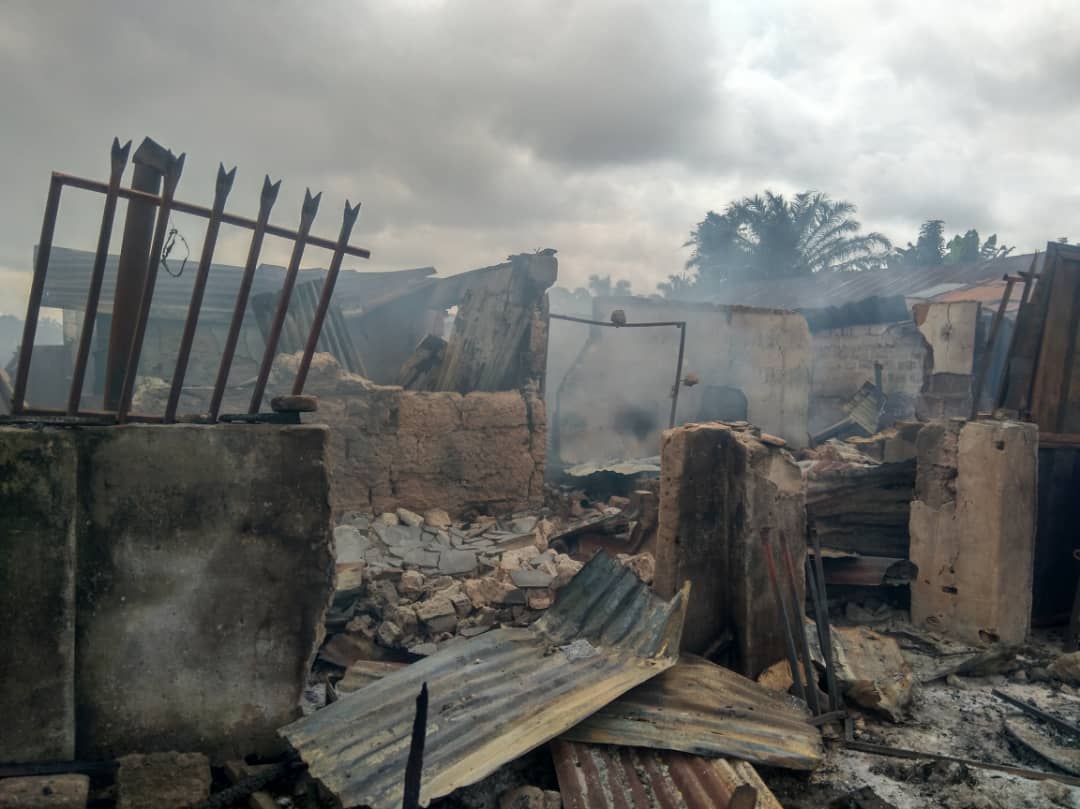 Tragedy struck Sunday morning, in Benin, Edo State, when a middle-aged man suddenly slumped when he discovered the devastating effect of a midnight inferno that razed the popular Santana market, on his store.

The man simply identified as Biggy, was said to have arrived at the market early in the morning, for the day’s business when he saw that the entire market has been razed.

Eye witnesses said that the victim was immediately rushed by sympathisers to an undisclosed hospital for medical attention, but died on the way.

It was also gathered that one of the firefighters nearly lost his lives but was rescued by efforts of the people on ground.

The fire incident which was said to have started at about 11pm Saturday night, consumed about 80 per cent of both open and lock-up shops in the market.

Goods worth several millions of naira was lost to the midnight inferno.

A nearby resident who did not want to be named, siad the he heard of the incident from the alarming cry of the security guards in the market.

He said: “Yesterday, around 11pm, I heard a distress call from the security men from the market that there was a was fire caused by fire surge. The fire then engulfed the stores.

“We contacted the state fire service but there was no response, it was a good Samaritan from NNPC that now contacted their office to rescue us.”

One of the traders who gave her name simply as Mrs. Edobor, said she lost bags of rice, galons of groundnut oil and cartons of tin tomatoes in her two shops to the fire.

“I took loan of about N2.5 million to buy rice, groundnut oil and tomatoes for this Christmas season market.

“They called me and informed me that my shops were on fire. There is nothing I could bring out because the fire burnt my goods completely,” she said.

The Chairman of Ikpoba-Okha local government area, Eric Osayande, was on ground to assess the extent of damage by the fire.

Osayande while addressing some of the victims, assured them that government would investigate the cause of the fire incident which he said is the first time since the history of the market with a view preventing a re-occurrence.

He promised that the Local Government Council will appeal to the State Government for assistance because the extent of damage is not what the Council alone can solve. 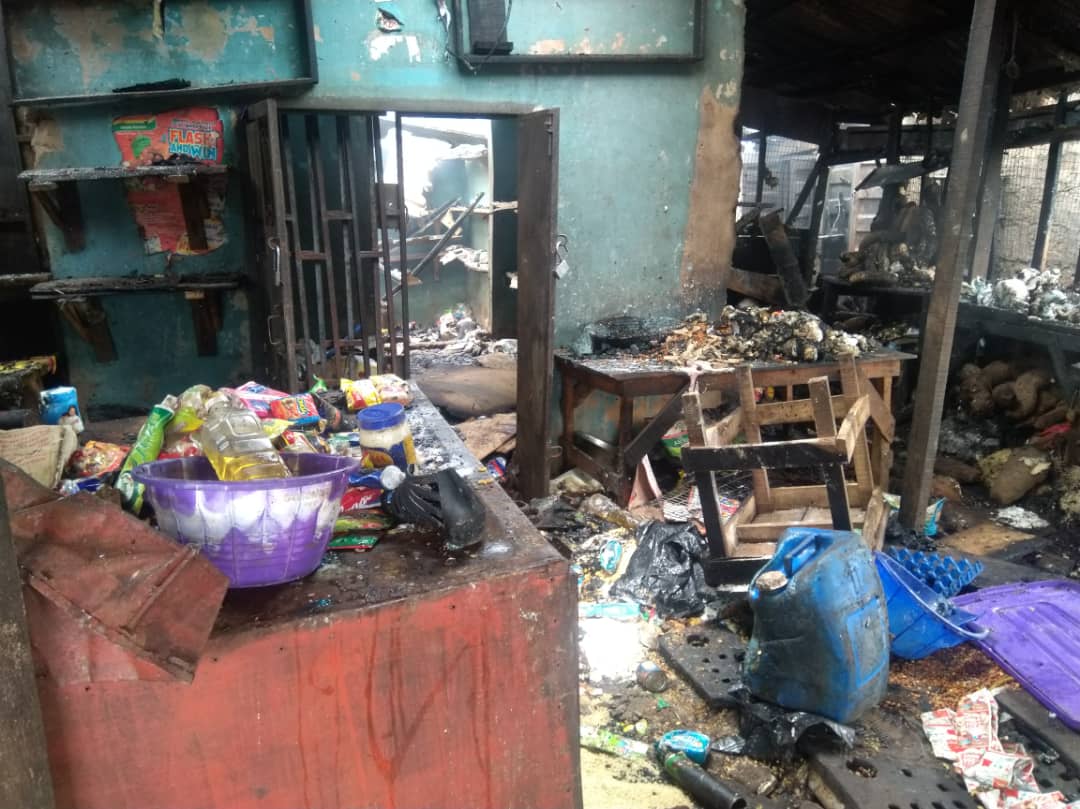 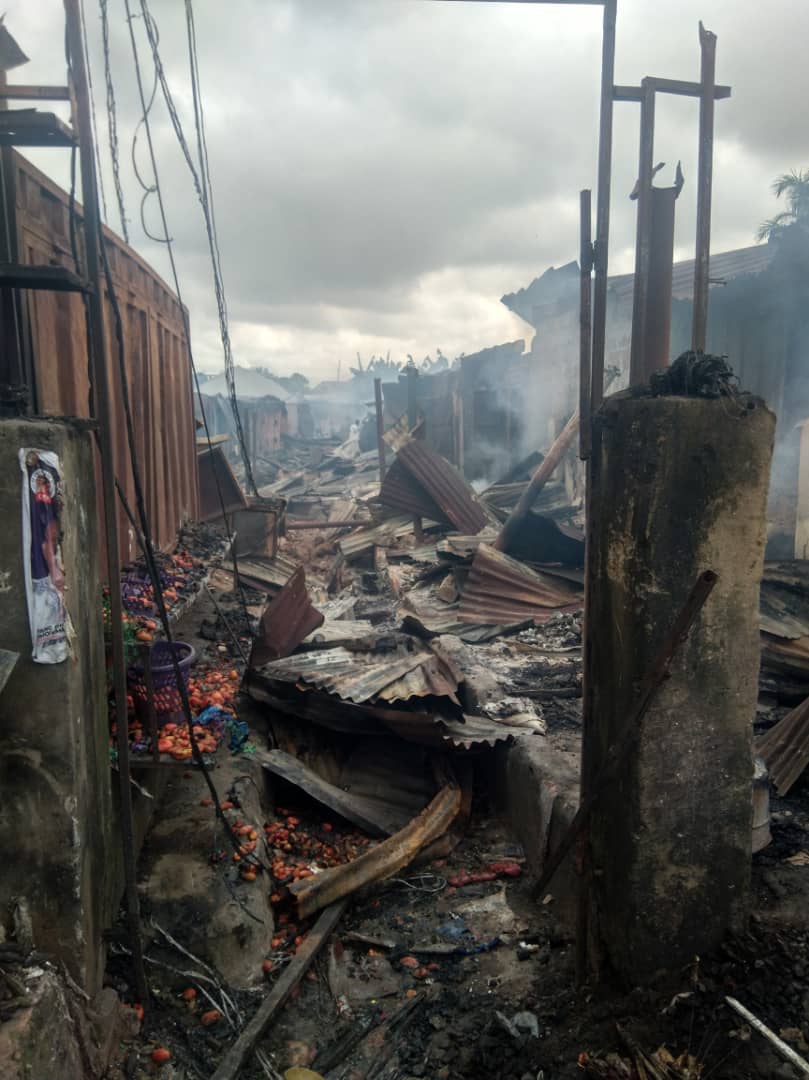