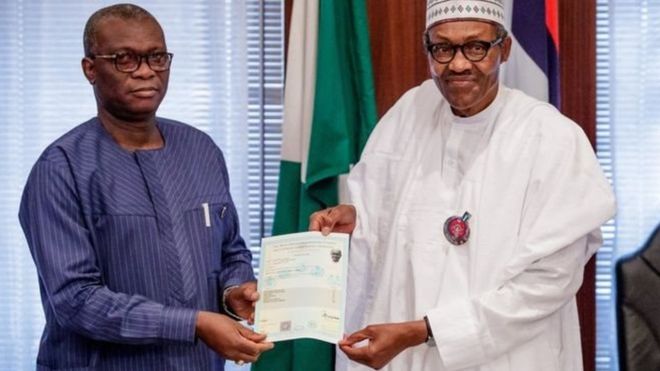 A group known as Global Initiative for Good Governance in Nigeria (GIGG) has said that an investigation it conducted into the purported story that the Peoples Democratic Party (PDP) and its Presidential candidate had sent agents to Cambridge in the United Kingdom to verify the authenticity of the WASC certificate of President Muhammadu Buhari and that the agents were shocked when the certificate was verified has turned out to be false.

In a statement made available to newsmen Monday in Abuja, signed by the director general of the group, Chief Sanmi Omolabi, said its investigations show that contrary to the report, which quoted a “Cambridge Source” as having authenticated the President’s certificate, “no such source exists and no such authentication was made.

“Our findings revealed that Cambridge University and its affiliates do not authenticate through sources, but through documentary evidence.

“Moreover, it is not possible to get a source in Cambridge to speak about a matter of such immense political significance.

“Cambridge will never do that. The report is nothing but brown envelope journalism. They have no source. They just made up a story. Cambridge is perhaps the top examining body in the world. They will not sully their reputation and none of their staff will act as sources for a matter like that.

“Further investigation established that the issue of the veracity or otherwise of the President’s certificate continues to generate anxiety in the camp of the All Progressives Congress, especially as a 2015 Channels TV video was recently unearthed in which the incumbent minister of information, Alhaji Lai Mohammed, can be heard saying “53 years after he left secondary school, I think we should pardon him. He does not even know where he has kept his certificate.

“The Presidential Election Petition Tribunal is currently sitting in Abuja and one of the most contentious issues is whether or not President Muhammadu Buhari is qualified to run for office of the President of Nigeria, based on his educational qualifications. Multiple evidence, both oral and documentary, were tendered at the tribunal with some being contradictory.

“For instance, whereas in the past, President Muhammadu Buhari has claimed that his certificates were with the Nigerian Army, a contemporary and friend of his from the army, Maj.-Gen. Paul Tarfa (rtd), had told the Presidential Election Petition Tribunal that such claims were false and the army neither asked for or retained the school certificates of enlisted men or recruits.

“Gen. Tarfa’s testimony corroborated a 2015 press conference by the Nigerian Army stating that they were not in possession of then candidate Buhari’s certificate.”