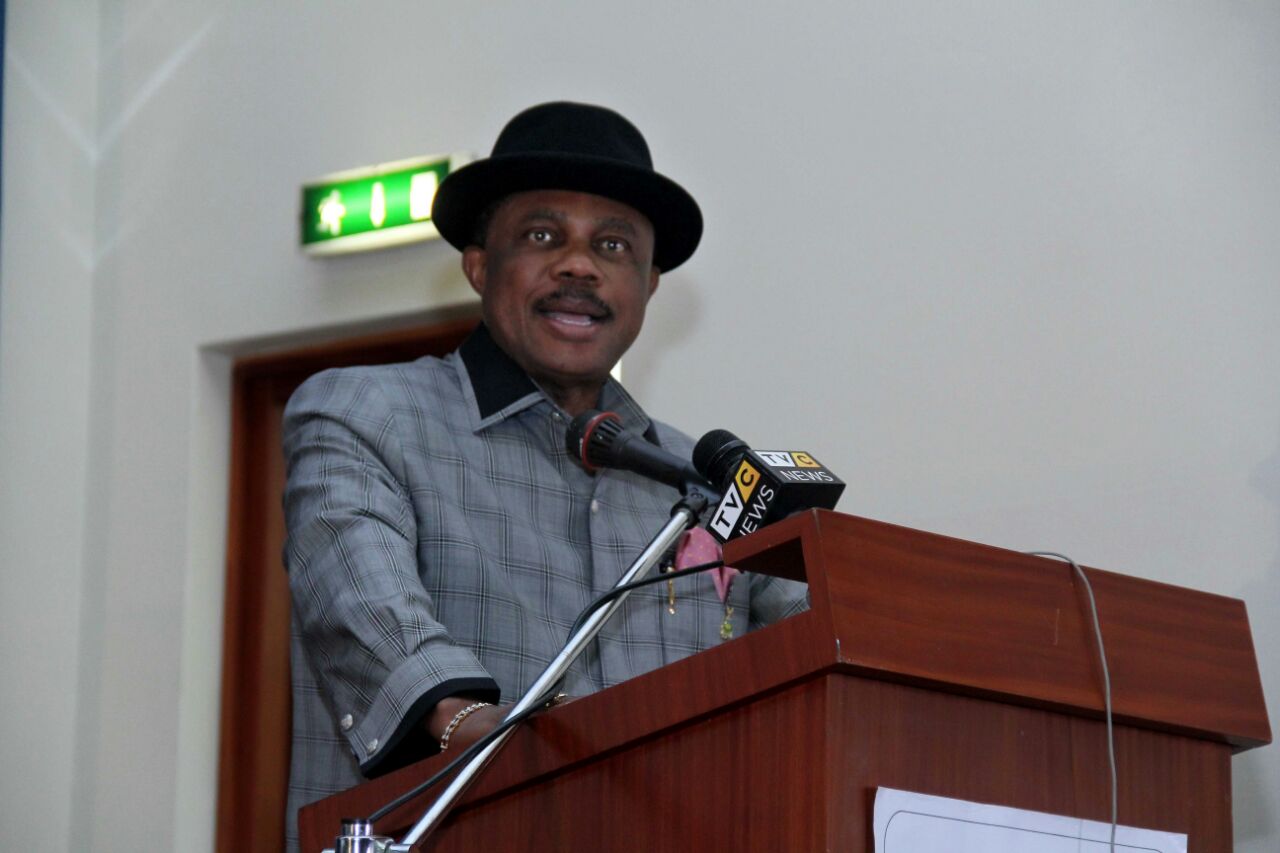 as Obiano swears in Justice Anyachebelu

The new Chief Judge replaces Honourable Justice Ijem Onwuamaegbu who retired on Tuesday, Sept 3,2019 when she attained the retirement age of sixty-five years.

The swearing-in ceremony took place at the Executive Council chambers of the Government House, Awka which was presided over by Gov Obiano.

The Governor in his remarks charged Justice Anyechebelu to be just and fair to all in the discharge of his duties.

He also urged him to take the state’s judicial system to the next level to ensure justice, equity and fairness to all citizens because judiciary remains the last hope of the common man.

He poured encomium on the immediate past Chief Judge, Justice Onwuamaegbu “for her sincere commitment to duty and the innovations she brought to bear in state judicial system”.

The visibly elated Justice Anyachebelu vowed to do his best, admitting he was aware of the onerous duty that has been bestowed in his care.

Top functionaries of the state government were attendance at the brief colourful ceremony. These included the Speaker of the Anambra State House of Assembly, Rt. Hon. Uche Okafor; the Secretary to State Government, Prof. Solo Chukwulobelu; the members of the State Executive Council.