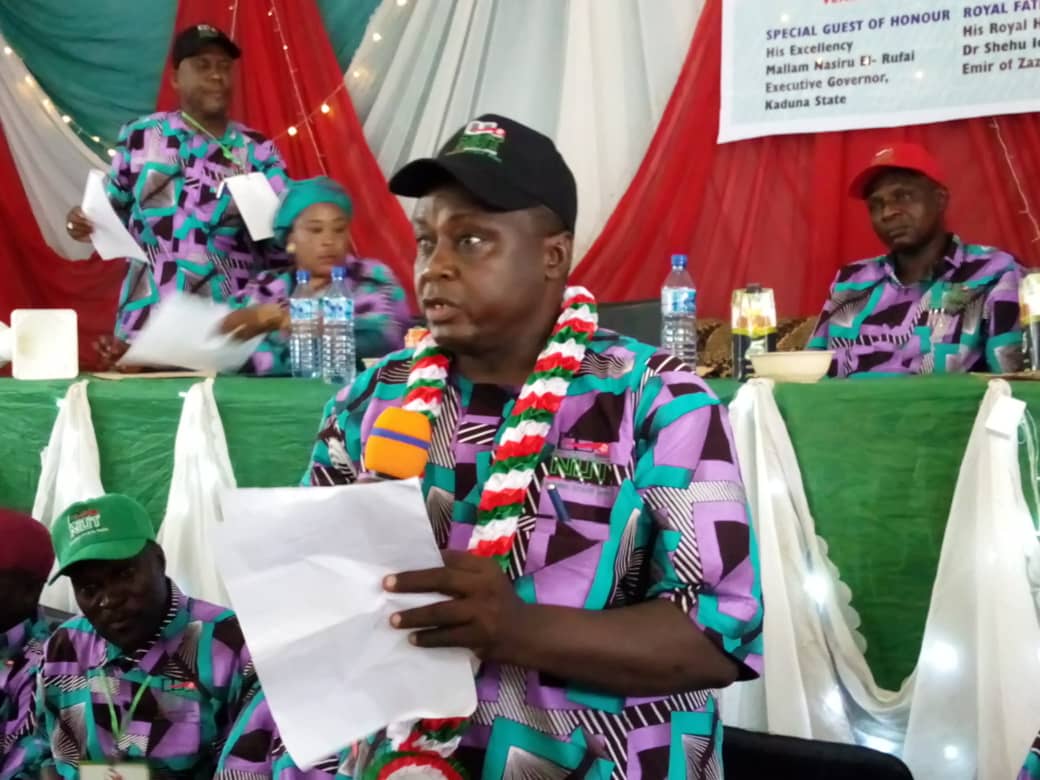 The Kaduna state chapter of the Nigerian Union of Teachers, NUT, voted in new set of leaders at the 6th quadrennial delegate conference that will pilot the affairs of the union in the next four years. The former state treasurer, Comrade Ibrahim Sirajo emerged victorious and will occupy the apex office as the linchpin of the union via a free and fair contest in Giwa Local Government of the state, yesterday.

In his acceptance speech, Sirajo thanked the delegates and the organizers of the election and vows to uphold the principle with which the union draws its strength. “All thanks and glory be to God Almighty for seeing this day, the 6th Quadrennial Delegate Conference, 2019 with special sense of humility and sense of duty and history that I stand before you deeply touched and inspired by your overwhelming support with boundless gratitude for a successful election.

“Let me seize this opportunity to pay tribute, respect and appreciation to the very important and exceptional roles played by our esteemed delegates, outgoing SWEC members, our leaders both present and past, NUT staff and the National Leadership for their resilience and cooperation to participate in this conference and seeing to its accomplishment today.”

Sirajo further stated that, with an unchanging resolution he has accepted the trust bestowed on him to be the chairman of the union. “I humbly accept the exalted office of the state chairman of our great union, the Nigerian Union of Teachers Kaduna State wing with a full and grateful heart and with only one obligation to devote every effort, mind and spirit to lead and carry the trust you people bestowed on me.”

Adding, “It is pertinent to note that, we are all conversant with the scale and gravity of the daunting challenges confronting our teachers, thus the need for sustained policy dialogue and more enduring partnership which we must meet if we are to succeed. We need to build unity in our diversity. I seek for God’s guidance in the discharge of this enormous responsibility and appeal for the support of our teeming members for the attainment of optimum result.”

The National Publicity Secretary of the NUT and former chairman of the Kaduna state chapter of the NUT, Comrade Audu Amba ushered praises to all the delegates that participated in the election process and Kaduna state teachers alike for their peaceful conduct at the venue of the election. “I’m proud of all of you,” he said.” Adding, “The election was rancour free ad orderly. I have being to some states where elections were held and I know how crisis-ridden the processes were.”

Amba also called for support for Sirajo, insisting that the need to succeed cannot be compromised and that no leader that can succeed without the support of his subordinates and that the mandate of the office is inclusive. “Given this scenario, all hands must be on deck,” he said.