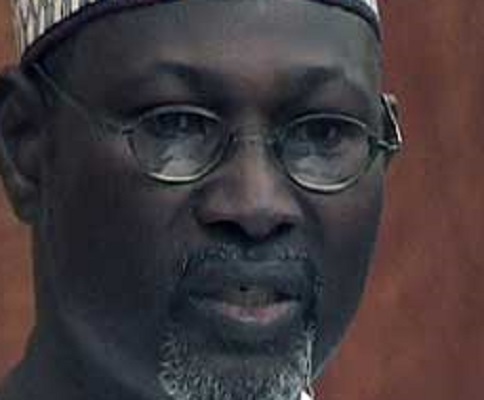 Prof. Attahiru Jega, former chairman, Independent National Electoral Commission(INEC)has urged political parties to use social media to create awareness on their policies and programmes rather than misinform the electorate.
Jega said this at the presentation of key findings of a UK-Nigerian research team on the role of WhatsApp in Nigeria’s 2019 elections on Monday in Abuja.
He said that social media could be used as an agent of growth and development, adding ‘lots of people abuse and misuse it.”
“The key challenge is how to understand how to put it to good use whether for political mobilisation, civil or political education by sharing credible news rather than fake news.
“This research basically tried to help us understand how Nigerians are using WhatsApp as a platform for either electioneering campaigns or for general political activities.
“I think it is good to begin to pay greater attention to WhatsApp and do more research on the bad uses and good uses of social media and how we can improve on the food ones.
“I will like to see a situation where increasingly credible news are used on the platform rather than fake news and political parties and candidates can use these platforms to publicise their policies and programmes and what they can do rather than use it in a manner in which they abuse opponents,’’ he said.
Jega said that it is important that politicians use social media for good deeds to add value to Nigeria’s political space and add worth to the integrity of its elections.
Ms Idayat Hassan, Director, Centre for Democracy and Development (CDD) said that the most pressing thing that the government needed to do in terms of countering fake news and misinformation is to be open.
Hassan said that when government leverage on the Open Government Partnership (OGP) and make information available to all,there would be less fake news because information would be readily available for people to access.
“This is a major challenge that must be tackle because most times what happen is that when there are fake news, people can’t even reach out to government officials for clarity so it spreads wider.
“Fake news spreads like wild fire, because you are dealing with information that one person has created and within few hours it’s all over the country so the solution is a ready information on issues,’’ he said.
Hassan stressed the need to begin civil digital literacy campaigns in schools and other places to tell people the danger associated with fake news.
The lead researcher on the WhatsApp study,Dr Jonathan Fisher, University of Birmingham, said that the report showed that the social media had some good and bad influence in the 2019 elections.
Fisher said that while it was used to spread fake news,it was also used to mobilise support for candidates by groups like the Buhari New Media Centre (BNMC) and Atikulated Youth Force (AYF).
“Social media platforms are both a threat to democracy and a way to strengthen it. WhatsApp is being use to spread “fake news” on the one hand, and run fact-checking campaigns and election observation on the other.
“The challenge is to reduce risks without undermining the way that social media can strengthen accountability and promote inclusion,” he said.
Fisher said that the research findings suggest both short and longer-term recommendations like making it easier to leave an anonymous WhatApp group and investing in fact-checking initiatives that work in local languages.
He also called for digital literacy training for influencers among others.