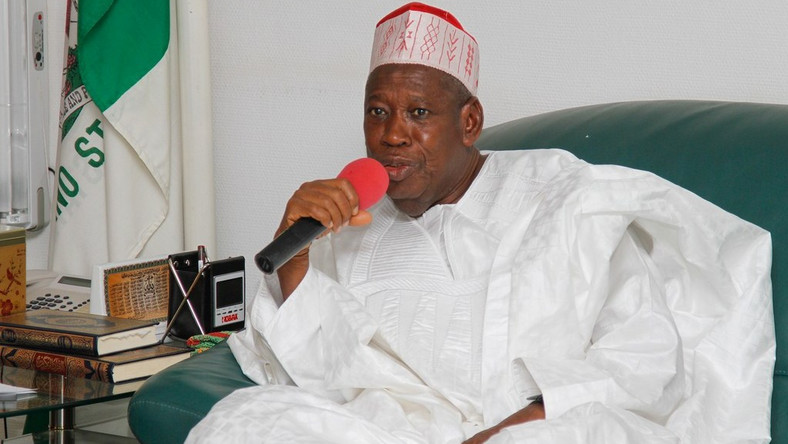 Governor Abdullahi Umar Ganduje of Kano State has assured full implementation of the report submitted by the Technical Committee on the State contributory pension scheme.

Dr. Ganduje gave the assurance while receiving the report of the committee’s findings and observations from the committee members under the leadership  of its Chairman Alhaji Rabi’u Zakariyya.

It may be recalled that on the 23rd November,  2018, Dr. Ganduje inaugurated this committee which was assigned to among others examine all the challenges raised in the communique issued at the end of the stakeholders’ conference, held on the 26th-27th July 2018 at Kaduna.

The Governor represented by his Deputy Dr. Nasiru Yusuf Gawuna believed that considering the composition of the right people involved in the committee, the members had done what is required by the given terms and references.

” the committee has the group of the right persons that are going to do justice to what is required. I therefore wish to thank you immensely for taking your time to come up with the report ” the Governor said.

He assured of the administration’s commitment to take rigorous decision to what is been submitted as report of the committee, expressing that…” your doors are opened for any other assignment that government fits for you to handle because you are always been there for the service of the State, Country and humanity in general “

Presenting the report, the Chairman technical committee on the implementation of the Contributory Pension Scheme in Kano Alhaji Rabi’u Zakariyya maintained that upon the inauguration of the committee, the members mobilised for the pursuit of the assignment  through examining and interrogating available records.

” it is gratifying to report that Kano is among the very few States in the Federation that regularly pay monthly pension to its retirees. By the latest reckoning, the State Government monthly portfolio is in aggregate sum of over N1.1 billion for 29,391 retirees as at march 2019 ” he explained.

The Chairman however noted that despite the remarkable success recorded by the State Government in facilating regular payment of monthly pension to the retirees, there were some observable challenges in the area of remittance of appropriate ratios of statutory contributions to the scheme.

He said over N48 billion was verified as liability of this challenge which created the concomitant effect of the prevailing prolonged delay regarding the retirement benefit to 9, 871 beneficiaries involving an aggregate of over N16 billion as at 31st March 2019.

” Another dwindling pitfall to the scheme is pertains to the investment of the entire credit balance of N4.1 billion Pension Funds in Housing Scheme by the State Government between 2012 and 2014 with no verifiable return on investment as provided by the Section 58 of the Pension and Gratuity Law 2017 ” he observed.

According to him,  unless the present administration magnanimously intervenes, the problem would apparently portends to an imminent loss of pension funds to fruitless venture, Stressing that…” when the amount involved is factored in to the unremitted sum of over N48 billion cited earlier, the aggregate indebtedness of Government to the Pension Fund stand at over N52 billion.

Alhaji Zakariyya further described the effort of the State Governor for releasing N2 billion in November 2018 as part of his pledge to make available the sum of N500 million monthly, as very encouraging gesture that would facilitate eventual settlement of the current outstanding claims of over N16 billion in respect of 9,871 retirees.