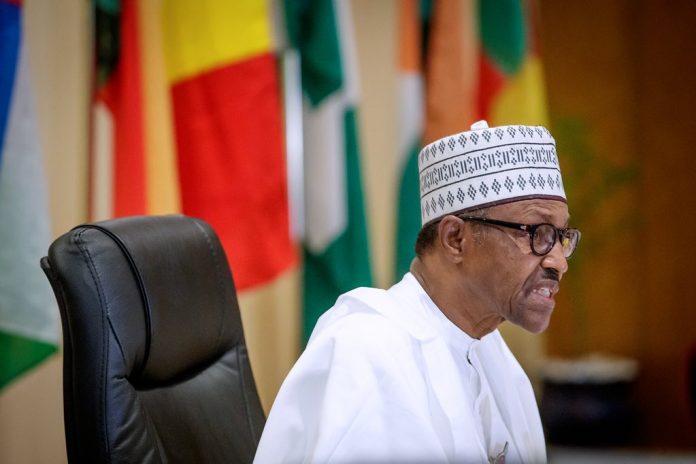 President Muhammadu Buhari Friday in Abuja said that Nigeria will continue to support the International Criminal Court (ICC) as much as possible to enable it fulfil its mandate.

Receiving the Nigerian-born President of the ICC, Judge Chile Eboe-Osuji at the State House, President Buhari appealed to developed countries to take the ICC “more seriously in order to strengthen the rule of law and democracy.”

According to the Nigerian leader, “The ICC provides a moral strength for victims to receive justice against internal and external injustice.”

President Buhari also commended Judge Eboe-Osuji for the achievements of the ICC under his presidency.

Earlier, the President of the ICC had congratulated President Buhari on his re-election and successful inauguration for a second tenure.

He lauded the Nigerian leader’s “strong and unambiguous statement in support of the rule of law” and for the Court and its principles during his visit to the headquarters of the ICC in The Hague last July.

Judge Eboe-Osuji appealed to President Buhari to continue to support the ICC, and to urge African leaders whose countries have not ratified the Rome Statute which established the Court to do the needful.