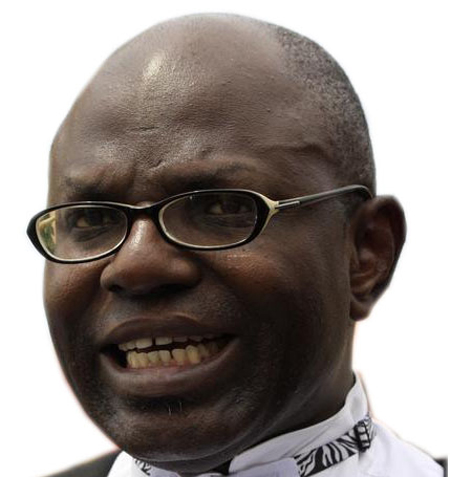 Part of the irony of life is that villains appropriate the glories of the exploits of brave men. Even when these men fight wars so that there will be no wars, and shed their blood so that there will be no blood shed, afterwards, little or nothing is heard about them. And as time progresses, their contributions to achieve the emancipation of the oppressed are forgotten, and only the voices of those military apologists, who were wining and dining with the junta are heard, and heard so loud. This is a huge irony and joke.

The democracy we are witnessing today, though nothing to show for it, could not have been a reality if not for the sacrifices some young Nigerians made. Space is a serious constraint here to begin to highlight the contributions of Nigerians. But let this tribute serve as a posthumous tribute to few of these Nigerians who gave their all, in some instance their lives, to ensure that the protracted suppression of the Nigerian masses were abated.

Bamidele Aturu,BF,as was fondly called, was elected President of the Students Union and emerged as one of the leading young voices against military rule in Nigeria at a time when it was quite dangerous to do such things. Yet, in 1987, he graduated with a first class degree and as the best student from the college. Armed with this qualification, BF undertook his compulsory National Youth Service Corps, NYSC, as a physics teacher at the Federal Government College, Minna, Niger State, where he earned a reputation as an exceptionally able, committed, and caring teacher. The management of the NYSC adjudge the best member of the NYSC 1987/88 in Niger State, and this assessment was considered worthy of recognition by the then military administration. During the passing out parade, he was called upon to receive recognition from the Military Governor ,Lawan Gwadabe at the passing out of his NYSC but he declined to shake the hands of the Governor as an act of objection to military rule.

His inability to undertake a fulfilled teaching vocation without the NYSC discharge certificate compelled him to enrol in 1989 as a law student at the University of Ife.Once again,BF graduated from the Law Faculty of the University of Ife in 1994 as the best student in international law, one of the best overall. He was admitted to the Nigerian Bar in 1995, and passed under the Professor Itse Sagay, a former Dean of Law at two leading law faculties in Benin and Ife. He was one of the leading forces that resisted the regime of late General Sani Abacha through the instrumentality of United Action for Democracy (UAD).

He was one of the persons that provided efforts that led to the coalition of Civil Liberties Organisation, CLO, Committee for the Defence of Human Rights, CDHR, in 1989, and the Constitutional Rights Project, CRP, in 1991 to form the Campaign for Democracy, CD.

The world was treated to a rude shock when the death of Comrade Chima Enyinnaya Ubani was announced on 21st September, 2005. Ubani, the generalissimo of the struggle until his demise was the Executive Director (ED) of the Civil Liberties Organisation (CLO).

Ubani and a photo journalist with Vanguard Newspapers, Tunji Oyeleru lost their lives in a ghastly auto crash along Yobe-Pokistum road. The circumstances surrounding this crash is still shrouded in controversy because we were told that there were other occupants of the Sports Utility Vehicle (SUV) whose identities were not disclosed.

Due to the then Olusegun Obasanjo’s regime’s anti-people policies, including incessant hikes in fuel prices, the labour movement and civil society groups coalesced to form what was called Labour and Civil Society Coalition (LASCO).

LASCO was undertaking rallies across the six geo-political zones in the country protesting the fuel price hike, and had just concluded the North East geo-political zone at Maiduguri. Ubani was to travel by air but under circumstances which is also not clear opted to travel by land. The rallies were designed to take its grand finale at Abuja, the seat of power, where LASCO would have occupied for days.

Chima Ubani died at the age of 42 and was a former Amnesty International Prisoner of Conscience. He was born to a Seventh Day Adventist (SDA) pastor, Late Friday Okoro Ubani, and Mother Late Mrs. Eunice Nnem Ubani of Obete Umuoha in Obingwa Local Government Area of Abia State. Ubani, like Aturu, demonstrated high- intellectual capabilities. He was a Students Union leader at University of Nigeria Nsukka (UNN) where he graduated in crop science in 1988. He took an MA in Mass Communication from the Leicester University in 2002, and joined the Civil Liberties Organisation in 1990 as a researcher.

Ubani demonstrated activism traits early in life as he was said to have opposed a punishment from one of his seniors in the secondary school while he was in form two. The activism in Ubani attained its climax when in 1993 the military regime of General Ibrahim Babangida annulled a presidential election that was to return Nigeria to civilian rule. He helped to bring various human right organisations together under one umbrella group, the Campaign for Democracy. He also joined the campaign against oil companies in the Niger delta, supporting such activists as the writer Ken Saro-Wiwa, who was executed in 1995.

In February 1994, Ubani’s house and office were raided by security agents, and a report on women and children in Nigerian prisons which he had co-authored was confiscated. He went on the run, but was arrested and imprisoned in 1995, after which his case was taken up by Amnesty International.

The following year, he was released and came to Britain for medical treatment, before returning to Nigeria. After the death of General Sani Abacha in 1998, Ubani worked to ensure a return to civilian rule. But he refused to accept the election of President Olusegun Obasanjo in 1999 as a genuine return to democracy, and lampooned what he saw as a corrupt government which disregarded human rights.

In July 2000, in a case he brought against the Nigerian police, he was instrumental in the abrogation of a decree that allowed state security agents to detain people indefinitely. He also campaigned against extra-judicial killings by the Nigerian police and the use of capital punishment. At the time of his death, he was campaigning against fuel increases.

Worthy to mention here is that during the burial of Ubani in October 2005, the then Governor of Abia State Chief Orji Uzor Kalu, who was represented by his deputy, Dr. Chima Nwafor promised Ubani’s family some cash and to rename a street within Ehere Road area of Ogbor- Hill after Chima Ubani. Why these promises were not fulfilled remains to be desired. Ubani was a worthy son and deserves more.

Finally, as these comrades and other comrades continue in their journey to eternity, the current situation in the country deserves to be appreciated. The welfare of the masses these comrades fought for have degenerated from worse to worst. Nigerians are currently passing through excruciating experience that can equal that of the hell.