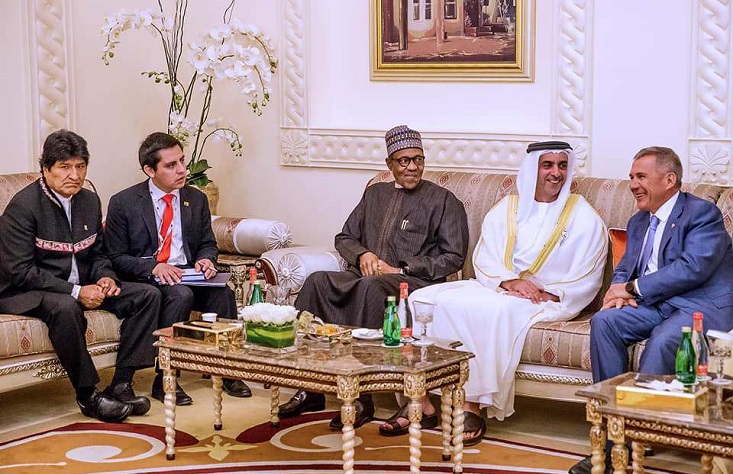 President Muhammadu Buhari returned to Abuja on Tuesday night, a day ahead of schedule.

The president was initially scheduled to return to Abuja from Dubai, the United Arab Emirates (UAE) on Wednesday at about 1.30a.m.

It was gathered that the president’s decision to cut short his official engagements in Dubai might not be unconnected with security developments in Zamfara, Kaduna and some other parts of the country.

President Buhari had on April 4 departed Abuja for Amman to honour an invitation by King Abdullah II bin Al-Hussein of Jordan to participate in the World Economic Forum (WEF).

He delivered an address at the opening of the plenary alongside King Abdullah II bin Al-Hussein and United Nations Secretary General, António Guterres.

The president, who on Sunday moved to Dubai, United Arab Emirates (UAE), participated in the ninth edition of the Annual Investment Meeting.

While in Dubai, President Buhari also held bilateral talks and met with different groups of investors at the sidelines of the Annual Investment Meeting.