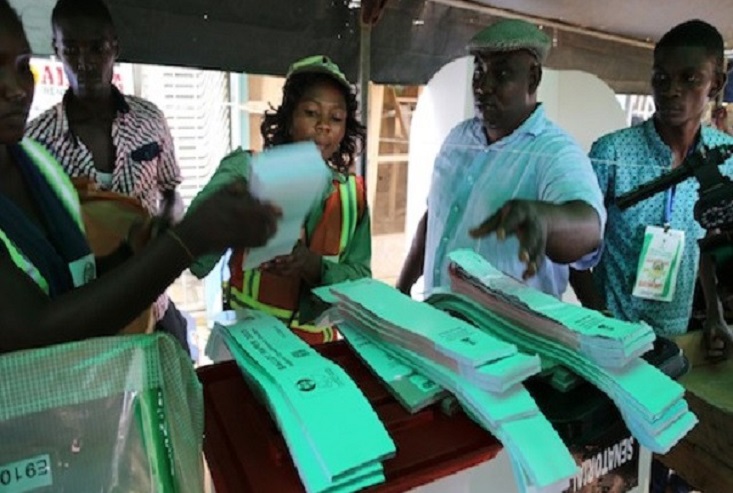 At the caucus meeting of the All progressives Congress in Abuja Monday, President Buhari said those planning mayhem or ballot snatching  during the polls would  pay with their lives.

Executive Director CISLAC Auwal Ibrahim Musa in a statement Tuesday said the order had the potential of breeding extra-judicial killings, civil disobedience or disrupt law and order and gross killing of innocent Nigerians.

“While we work to uphold democracy and good governance in the country, we are at liberty to remind the president that the primary purpose of government is to promote, protect and secure human rights and fundamental freedom as contained in the Vienna Declaration and Programme of Action.

“We must reiterate the importance of right to life as a fundamental part of human rights. Citizens must be alive to pursue its justiciability.

“We are not unaware that Section 128 of the Electoral Act states that “any person who at an election acts or incites others to act in a disorderly manner commits an offence and is liable on conviction to a maximum fine of N500,000.00 or imprisonment for a term of 12 months or both” and specifically states that anyone who destroys, or snatches election material is liable to imprisonment for 24 months. Nowhere is capital punishment prescribed as a penalty for any electoral offence in Nigeria.

“With the elections having been postponed by a week, to allow the Independent Electoral Commission (INEC) to sort out logistics and other issues it claimed made them not go ahead with the elections as scheduled for February 16, 2019, we expect nothing but statesman-like attitude from the president, with sincere commitment to ensure the process is free, fair, credible and non-violent.

“The statement was indeed un-presidential and not good for the evolution of our peaceful democratic process,” he said.

CISLAC recalled governor of Kaduna state,  Mallam Nasiru El-Rufai  as recently threatening international observers who ‘interfere’ with the 2019 elections with “death and bagging them in body bags.”

“This shows a scant respect for human rights. Such utterances, actions and comments are unfortunate, particularly coming from those considered to be statesmen.

“Despite the extra-judicial killings pervading the space in the build-up to the elections, CISLAC strongly believes that the inflammatory statements coming from political gate keepers can truncate our fragile democracy.

“In compliance with the directives from Mr. President, the Nigerian Army had issued a statement vowing to obey the directives of the president.  Such matching order to the military to deal ruthlessly with those attempting to disrupt the polls is jungle justice and can truncate our already challenged democratic process and thereby set a bad precedent.

“ CISLAC, therefore, calls on security agencies to respect the rule of law and not take laws into their hands as they will take responsibility for any action.

“To add to this, every known law in our democratic norms does not permit the armed forces anywhere near the parameters of the polling units / points. In fact, armed bearing police officers are not allowed anywhere close to the poll. It is therefore an anomaly for any security agent to comply with any illegal directive.

“We must remind security agencies that such directive is not bigger than the oath to protect and defend the citizens of the Federal Republic of Nigeria. Global security norms have moved from regime protection to human security. It is therefore imperative for the president to immediately retract, withdraw and apologize to Nigerians for such statement.”