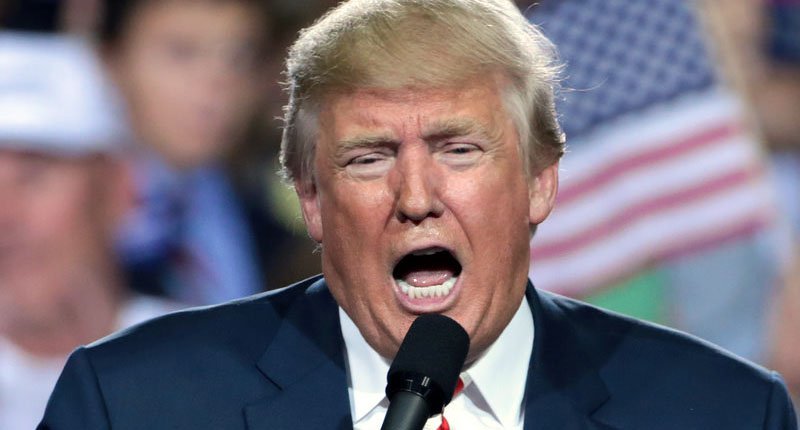 One night before major developments in the special counsel investigation, President Donald Trump had a public meltdown on Twitter.

Trump quoted conspiracy theorist Jerome Corsi, lashed out at special counsel Robert Mueller’s investigation, doubted the FBI followed the law, charged the media as the enemy of the people and fear-mongered about refugees.

Jerome Corsi: ”This is not justice, this is not America. This is a political prosecution. The Special Prosecutor (Counsel), to get this plea deal, demanded I lie and violate the law. They’re the criminals.” He is not alone. 17 Angry Dems. People forced to lie. Sad! @Trish_Regan

10.2K people are talking about thisTwitter Ads info and privacy

Trish_Regan: “Did the FBI follow protocol to obtain the FISA warrant? I don’t think so. The Dossier was opposition research funded by opponents. Don’t use Government resources to take down political foes. Weaponizing Government for gain.” Is this really America? Witch Hunt!

8,769 people are talking about thisTwitter Ads info and privacy

FAKE NEWS – THE ENEMY OF THE PEOPLE!

20.1K people are talking about thisTwitter Ads info and privacy

Arizona, together with our Military and Border Patrol, is bracing for a massive surge at a NON-WALLED area. WE WILL NOT LET THEM THROUGH. Big danger. Nancy and Chuck must approve Boarder Security and the Wall!

14.9K people are talking about thisTwitter Ads info and privacy

The outburst began shortly before 10 p.m. eastern with subsequent tweets being sent within 10 minutes of the last.