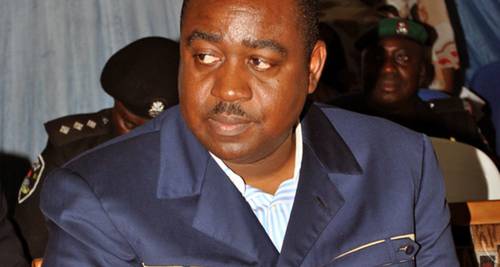 Suswam said the Open Grazing Prohibition and Ranches Establishment Law which Governor Ortom signed is clearly against the interest of the presidency, hence his witct-hunt by EFCC and other federal government agencies.

The former Benue Governor stated this yesterday at the Nongo u Kristu  u i ser u sha Tar,NKST 2018 Synod in Mkar, Gboko local government area.

According to him, Ortom has risked his political ambition to defend his people against enemies of the state and is ready to do more.

He emphasized the need for the people to vote for Governor Ortom in 2019 as he has demonstrated unique determination to protect them at the detriment of his personal relationship with the presidency.

“It was you the clergymen who encouraged him to pass the bill. Please don’t abandon him now. Continue to pray and support him. If you abandoned Ortom half way in this battle, it will discourage other children who have the intention to risk their lives for you”, Suswam stressed.

Speaking on his senatorial ambition, Suswam said he has handed over his ambition to God but it’s very important for the people of Zone A and Benue to vote for energized and visionary leaders who know Nigeria and Nigeria knows them.

He stated that weak leaders will neither protect the people’s interest nor attract devidends to the state.