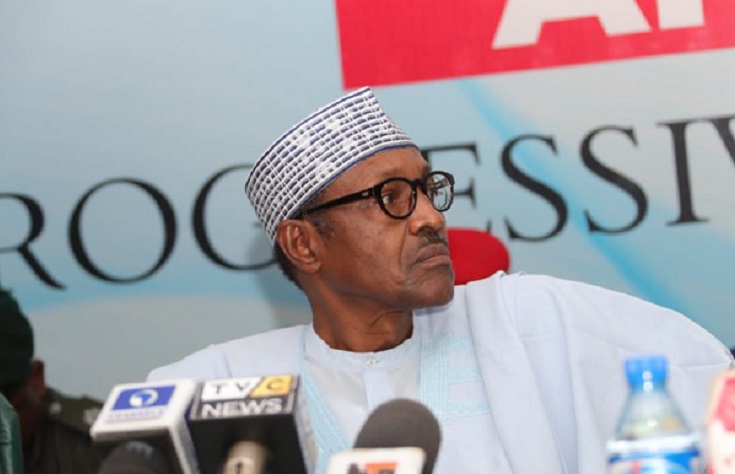 The Peoples Democratic Party (PDP) decries President Muhammadu Buhari’s
fresh outburst against suffering Nigerians as unpresidential, defeatist
and characteristic of a failed leadership, which has lost all sense of
responsibility towards its citizens.

The party said President Buhari, in saying that Nigerians, “who feel
they have another country may choose to go”, has further confirmed that
he is completely insensitive to the plight of our citizens and has no
solution to the myriad of problems his incompetent and disorganized
administration has caused our nation.

The PDP describes such comment as ‘unfatherly’ and a direct slap on the
sensibilities of millions of Nigerians, who have been painfully bearing
the economic hardship, hunger and starvation caused by President
Buhari’s wasteful and inept administration, to the extent that many have
taken to suicide missions and slavery as survival options.

Such comment is a putrid spit on the graves of thousands of compatriots
killed by marauders in various parts of the country, while the Buhari
Presidency and dysfunctional All Progressives Congress (APC) remained
aloof without decisive actions to end the carnage and bring the
perpetrators of the bloodlettings to book.

Mr. President’s comment is also a mockery on millions of Nigerians who
have lost their businesses and whose families have been wrecked by the
anti-people policies of the Buhari-led APC administration.

Since Mr. President now knows that Nigerians across board are hurting
over the failures of his administrations, the least he, as an elected
leader, should have done, was to accept responsibility, rise up to the
occasion and find solutions, or at least, have some soothing words to
suffering Nigerians instead of dismissing their pains and asking them to
abandon their fatherland.

This remark by Mr. President also reminds of his widely condemned
outbursts against our youths who he held in disdain as lazy and lovers
of freebies.

President Buhari should come to terms with the fact that majority of
Nigerians can no longer take the failures, insensitivity and
incompetence of his administration and have now reached a consensus to
elect our Presidential candidate, former Vice President Atiku Abubakar,
who has always displayed a commitment to the welfare of Nigerians.

This nation belongs to all of us. Our citizens believe and love their
fatherland and will never abandon it, notwithstanding the anguish and
pains brought by the failures of President Buhari and his corrupt cabal
who have, with impunity, continued to display the worst form of
aloofness and insensitivity to the plight of our people.