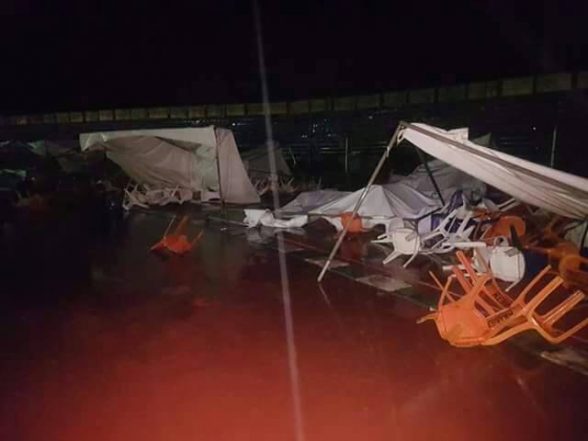 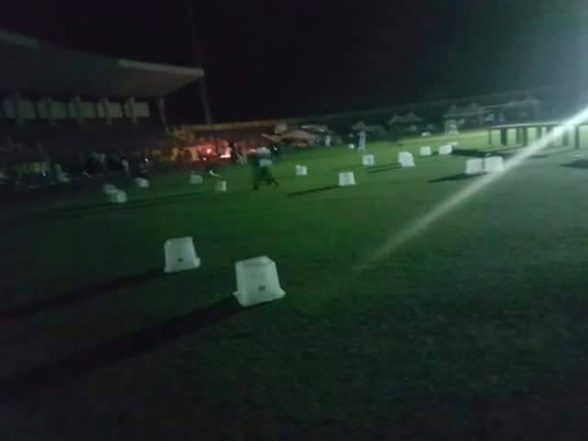 The Peoples Democratic Party’s ( PDP) Governorship primaries in Makurdi scheduled for Sunday could not hold as rain and heavy storm disrupted the activity leaving all that was present scampering for shade and safety.

Our correspondent reports that the Sunday primaries which was billed to start 10am with accreditation of delegates did not start until even until after 11pm when the rain started.

Delegates and other participants were still trooping into the Aper Aku Stadium, venue of the primaries, when the rain stom blew off the canopies, chairs and other electoral materials set for the exercise.

It was like the movement of the crowd in the sinking Titanic ship as everyone; delegates, observers and members of the press who were already seated ran to take shade at the VIP section of the stadium, yet they were all soaked to their skin as the rain continued.

As the rain reduced, officials were seen picking the ballot boxes from where the storm had left them while most delegates began leaving the venue of the primaries to their hotel rooms.

A delegate who spoke in condition of anonymity said he will go back to his hotel room and rest until further direction. “I am soaked and cold. I can’t stay here like this. We will go and come back later”, he said.

As at the time of filling this report, party officials could not be reached to ascertain when the primaries will finally take place as the rain continued.