Notable national leaders of the Peoples Democratic Party were, on Friday in Abuja, teargassed by the Police while protesting over what they called the crooked way the Independent National Electoral Commission and the Police had been rigging elections in favour of the ruling All Progressives Congress.

Those who were teargassed were the National Chairman of the PDP, Prince Uche Secondus; President of the Senate, Bukola Saraki; Governor of Sokoto State, Aminu Tambuwal; and the Governor of Gombe State, Ibrahim Dankwambo. 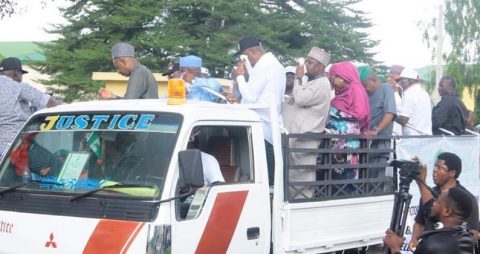 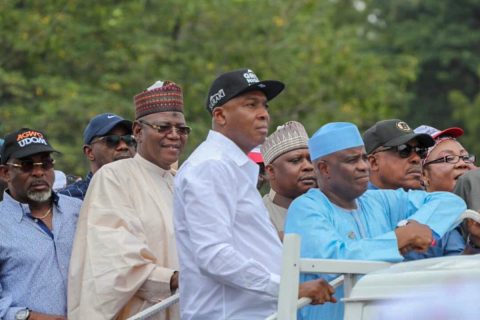 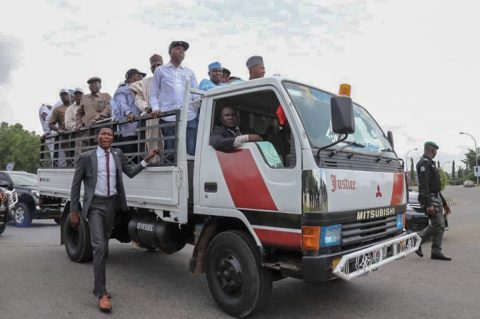 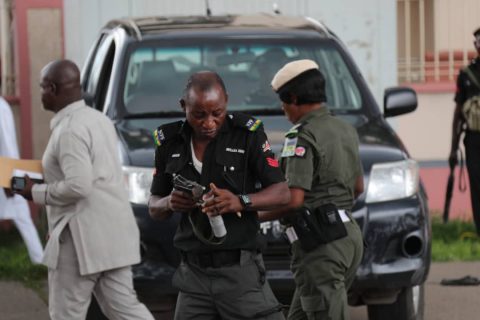 The Speaker of the House of Representatives, Mr. Yakubu Dogara, however, escaped the incident because he didn’t follow the protesters to the Police Force Headquarters where the men were teargassed.

Secondus and his team complained about the outcome of the Osun State governorship election, which they believed was won by the PDP candidate, Senator Ademola Adeleke, but was rigged in favour of the APC candidate, Gboyega Oyetola.

The Secondus team had stormed the Police headquarters, Louis Edet House, for the protest, but the protesters were prevented by the Police from entering their premises.

The Police also fired gun shots into the air to disperse the protesters who scampered for safety in different directions, with some people sustaining injuries.

Some of the protesters and journalists who were affected by the teargas were revived with water.