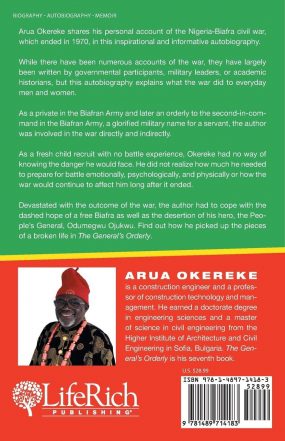 October 1, every year is a national holiday which reminds many Nigerians of what I will refer to as an unfortunate fusion of incompatible cells.

Among the people from South East Nigeria, October 1, 1960, apart from preceding events from 1914, is the very date Igbos became shackled not as housemates, but as subordinates to an oppressive administration engineered by a Fulani led hegemony.

With scars that are yet to heal, the Igboman will always recall with disgust, the perceived betrayal of his kind by a southern compatriot, the Yoruba. The aftermaths of the Nigerian-Biafran Civil War till date, with the derisive attitude meted to Igbos by their neighbours makes an average Igboman to wonder where the much touted unity, peace, progress, equality and justice exists for them in a one Nigeria setting.

The average Igboman does not just cherish his Biafran heritage, he is willing to fight for it. He wants a nation he can at last call his own. He agitates continuously wanting to breakaway from a country where he feels disadvantaged and under protected, believing he has a better idea for a new republic. He never stops to bicker about it.

Question now is, will his brothers and sisters allow him to accomplish his intentions without ridiculing and betraying his laudable visions to the enemy. “Why should it be him to rule over us? Why? Let us pull him down”: Intrigues, betrayals, disregard for collective traditional leadership – the sad reality and bane of the average Igboman’s nature.

Arua Okereke, a professor of construction technology x-rays the Igboman in his book The General’s Orderly. In an emotion-laden narrative, he tells the story of an exceptionally gifted and lucky child who became soldier in the Biafran army and then orderly to General Phillip Efiong. He describes in details the war experience from the point of view of an other rank in such a way as have never been told.

While other biafran war accounts have come from war-time administrators and officers, the 408-pages book which will be launched very soon in Nigeria brings to light the ugly experiences of ordinary Biafrans who were drawn into a war for which they were ill prepared, and the hushed story of how General Chukwuemeka Odimegwu Ojukwu abandoned his people to the massacre and escaped “in search for peace”.

Arua Okereke appreciated the great Zik of Africa Nnamdi Azikiwe whom he called a mentor; but stated the unsung fact of how General Ojukwu’s highhanded administrative style, pushed Dr. Azikiwe and others to distance themselves from the cause. The writer extols the resilient spirit and sacrifices of the Igbo, while exposing the backbiting, backstabbing nature that weighs his tribesmen down.

As an internationally recognized and nationally active academic, traditional titles holder, Igbo community leader, and one who had immensely benefited from the post-war government administration, Arua Okereke whose exciting life adventures began at the tender age of seven, delved into details and revealing issues concerning the Igbo people that may appear controversial but true.

One cannot read The General’s Orderly without believing with the author that the current pro-Biafran republic agitations may eventually remain a mirage. His history and reasons are quite convincing to the discerning eye.