Loading ...
The Benue State Governor on Sunday October 1st have told Benue workers to prepare for a massive trimming down of the state work force as the main solution to the perennial problem of salaries and wages arrears that has bedevilled the state in recent years. 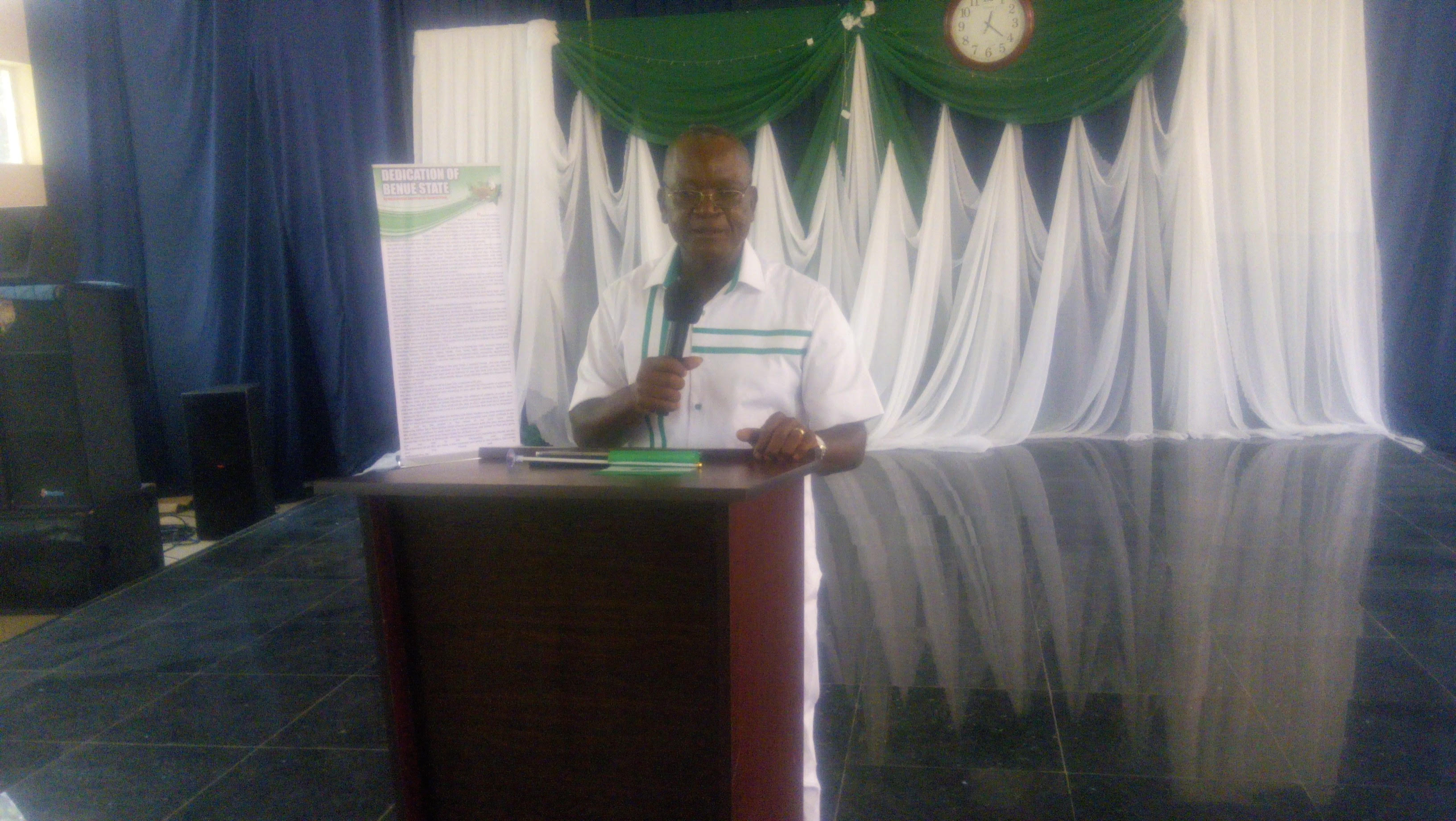 He said this while speaking at the Church service held on Sunday at the Government House Chapel of Grace Makurdi in response to the planned strike to be embarked on by members of the state labour unions. According to the Governor, there have since been an understanding between the state unions and the government throughout this issue of unpaid salaries arose not until the national unions came in to instigate the state unions against the state government and decided to embark on a strike after the independence day celebrations.
In his words, “I want to assure you that this state will not go distress under my watch, but you see if there were no threats of strike or going on strike I wouldn’t be talking about this but now ‘eyes are red ohh’ and we must find a way out and no more sitting on the fence because ‘eyes are red now’ and I must end this matter.”
So I want to assure you that very soon it will be well, our next decisions will cost pain to some people but we will have to do the right thing. So no one will blame me for the steps that we are going to take now, I am no longer going to be distracted or talk about what people before me did, with Nigeria at 57 years today I am determined to take Benue state forward no more looking back.”
As I was reflecting this morning on October 1st God told me that my challenge is not the human beings around me, the people who insult me, it is not my inability to pay salaries as at when due, my challenge is not what happened yesterday, the past government under Gabriel Suswam but the spiritual forces behind the human agents who were sleeping when we took over the government. Nevertheless we have decided to rededicate Benue state to God by dismantling all the satanic alters of ‘Aliegu’ and ‘Swam’ both in the government house and other parts of Benue state and they have continued to wage a battle against us in different ways through these challenges, but the good news is that God has given us the wherewithal to overcome them.
“I am no longer going to blame anyone for the problems of Benue state, if there are challenges I am fully capable of dealing with them and I will correct it because I have the capacity, the knowledge, the experience, I have worked in the private sector, I have been a former Minister, I am a party man, I’ve worked at the local government level, state level, federal level and I am back here, so what other experience is required again and above all I know God who has given me the wisdom to apply these knowledge to solve the problems of Benue state and I know what to do.
There are many options to find the solution to the problem of wage bill, N7.8 Billion is too much for the people of Benue and we will reduce it to N4 Billion that is including pensions and overheads as well as local government bills, so that we can pay salaries as at when due based on what we have, and one important thing we must do is by trimming down the work force which is filled with so many ghost workers and people who are doing nothing except to warm benches yet they are earning from the common purse we will show them the way out.
Speaking exclusively to our correspondent after the service, the Governor reiterated the need for the state to move forward and depart from the rhetoric of blaming the past government for the current challenges bedevilling the state prominent among them is the backlogs of salary arrears.
“We acknowledge the fact that Nigeria is passing through hard times, but the good news is that we are out of recession, though still fragile but with good management just as the President is doing well, we can also sustain it at the state level and make life better for our people.”
For me I am committed to finding a lasting solution to the issue of paying of salaries, we must find a way out of the humongous wage bill on a state like Benue with no industries, no commercial activities or things that can generate taxes to support the state government revenue, so the best way we can resolve this is to bring down this monumental wage bill and manage the little resources that we have so that our workers can get their salaries as at when due and let those who are idle doing nothing can find alternative means of generating thier income and not through the common wealth of our people, this is a decision that I am willing to take to move our attention forward.”
Furthermore, the Benue state governor expressed delight at the particular reference the President made to the state for its agricultural initiatives and the Governor further affirmed his resolve to continue with the initiatives that has made the state a model not only in agriculture, security, solid minerals and socio-cultural development.