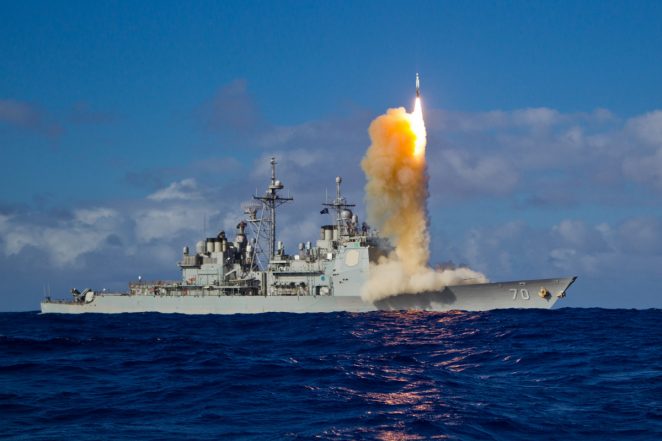 Commentators in Washington—and even sometimes officials in the Pentagon—offer suggestions that among the military options available to Washington in dealing with North Korea is some sort of decapitation strike. However, this is easier said than done—and might not in fact be a viable option. It would also almost certainly start a war on the Korean peninsula.

The first challenge is to locate the elusive North Korean leader Kim Jong-un. Finding Kim is easier said than done inside the secretive North Korean state. Layers of defenses protect the young North Korean dictator inside an already tightly controlled country where the security apparatus has the population on lockdown. Moreover, Kim is thought to use doubles of himself to act as decoys—further compounding the problem.

Technical intelligence gathering means such as spy satellites and signals intelligence can collect information about North Korea, but locating and identifying an individual requires a level of precision that those assets can’t provide. For example, analysts watching footage from drones flying over Syria and Iraq have difficulty identifying friend from foe—ISIS from the Kurdish Peshmerga—without help from ground forces. And, of course, the Kim regime is not Iraq or Syria—drones like the U.S. Air Force RQ-4 Global Hawk or the MQ-9 Reaper would not survive long inside North Korean airspace. Only a stealthy drone like the RQ-170 Sentinel would have any chance of survival.

If the North Korean leader is by some chance found, the next challenge is to eliminate him. However, targets such as Kim are fleeting, and the United States would have to be ready to move immediately. For example, if Kim were found to be reviewing the test launch of an intercontinental ballistic missile, a combat aircraft would have to be orbiting outside North Korean airspace waiting for the order to strike (which is why the North Korean regime takes umbrage at U.S. Air Force B-1B bomber flights north of the 38th parallel). That aircraft would likely have to be stealthy to maintain the element of surprise—and it would probably have to be fast in order to exploit what is likely to be a very short window of opportunity.

The B-2 Spirit strategic bomber has the stealth, range and persistence for the mission, but it might not be fast enough to cover the distances involved to exploit such a short window. The F-35 has the necessary stealth and it is supersonic—but it probably does not have the range, especially at supersonic speeds where it must use its fuel-guzzling afterburner. The stealthy F-22 Raptor is likely fast enough—it can cruise at speeds just greater than Mach 1.8. But the Raptor—especially when it is flying that fast—burns an incredible amount of fuel even with its unique ability to fly faster than the speed of sound without fuel-guzzling afterburners. It’s possible that the Raptor might simply not have the range for such a task—but it is the fighter with the best chance of pulling off such a strike.

Failing in such a strike attempt would likely start a full-scale war on the Korean peninsula—Kim could only assume that he was faced with an imminent attempt at regime change. Thus, Kim would have every reason to unleash his arsenal of nuclear weapons. But if by some chance the United States were to pull off a decapitation strike, the consequences are unpredictable. No one knows how North Korea would react and there is a very good chance it could start a full-scale shooting war or unleash complete chaos. No one knows.

Dave Majumdar is the defense editor for the National Interest. You can follow him on Twitter: @davemajumdar.