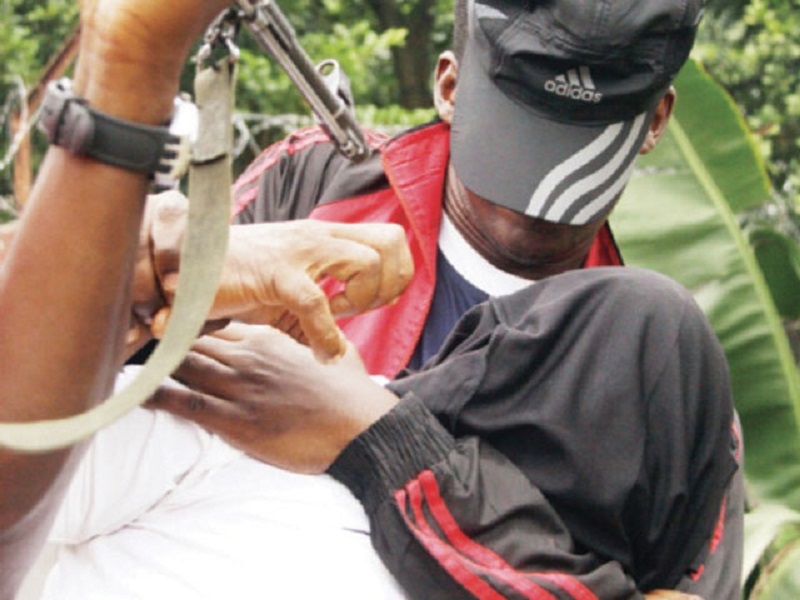 The quiet town of Olieogo in Ndokwa West Local Government Area of Delta State was recently thrown into confusion as a 28 year old woman is alleged to have kidnapped a four year old master Sunday Onwusa.

According to a reliable source who does not want his name in print, the woman [name withheld] who hailed from Ob-Obeti, a neighboring town in in Ukwuani Local Government Area of Delta State came to Olieogo the previous day to visit his boyfriend who was said to have traveled out of town.

The source said the suspected female kidnaper slept at the residence of the elder brother of her boyfriend at Olieogo since she did not meet him at home.

The source said the 12 year old Miss Blessing raised an alarm which attracted neighbors and a search party constituted and the search party searched for both the missing child and the suspected female kidnapper in all nooks and cranny of the town but could not trace any sign of their presence in any part of the town.

The source maintained that the matter was then reported to the vigilante group who during their course of investigation traced the “Okada rider” who conveyed her to her home town, Obi-Obeti and arrested the woman (name withheld) whom the alleged female kidnapper visited before she travelled out of the state, adding that the matter was reported the Police at Kwale, headquarters of Ndokwa West Local Government Area of Delta State.

When this reporter visited Kwale police station, a senior police officer who preferred anonymity said the matter has been transferred to the state police headquarters, Asaba for further investigation.

However, when this reporter contacted the Police Public Relations Officer (PPRO) of the Delta State Police Command, Mr. Andrew Aniamaka, he confirmed that the matter has been transferred to Human Right Department of the state police command.

Mr Aniamaka said that the Police was carrying out further investigation on the matter, saying that the police have spread out its dragnet with the aim of apprehending the suspected female kidnapper.

He however, advised the alleged kidnapper to willingly submit herself to the police to state her own side of the story because the police was committed to arresting all suspected criminals and prosecuting them in court of Law.