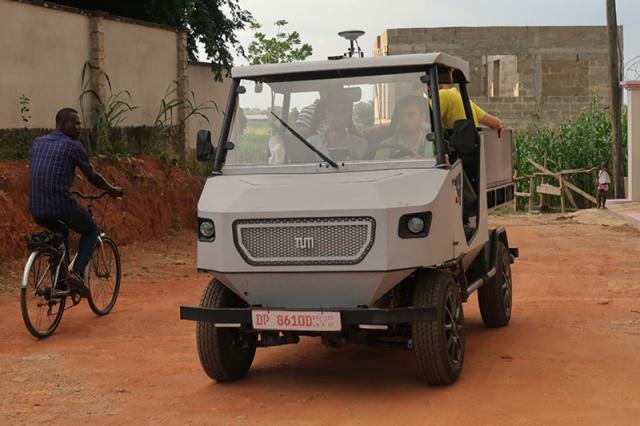 With a few exceptions, most electric cars are delicate, expensive creatures designed for paved streets and well-heeled early adopters. And that makes them ill-suited to rural Africa — many roads away from the cities aren’t paved at all, and just about any EV would be out of reach. That’s where the Technical University of Munich comes into play. It recently revealed a prototype electric vehicle, the aCar, that’s designed for both the conditions and uses of rural Africa.

It has a rugged, four-wheel drive design that can handle dirt roads and off-roading. It only has about 50 miles of range, but the very nature of an electric motor makes it both well-suited to clearing obstacles (since it always has full torque) and more reliable. Also, it’s modular — it can switch between carrying passengers and cargo, and you can even use the battery to power a winch or other equipment beyond the car.

The aCar completed real-world tests in Ghana this July, and it’s already expected to go into production (eventually in Africa) with a target price below €10,000 (about $11,944). That’s not a trivial expense, but it’s far more affordable than the Nissan Leaf and other vehicles that wouldn’t be as well-suited to the African landscape.