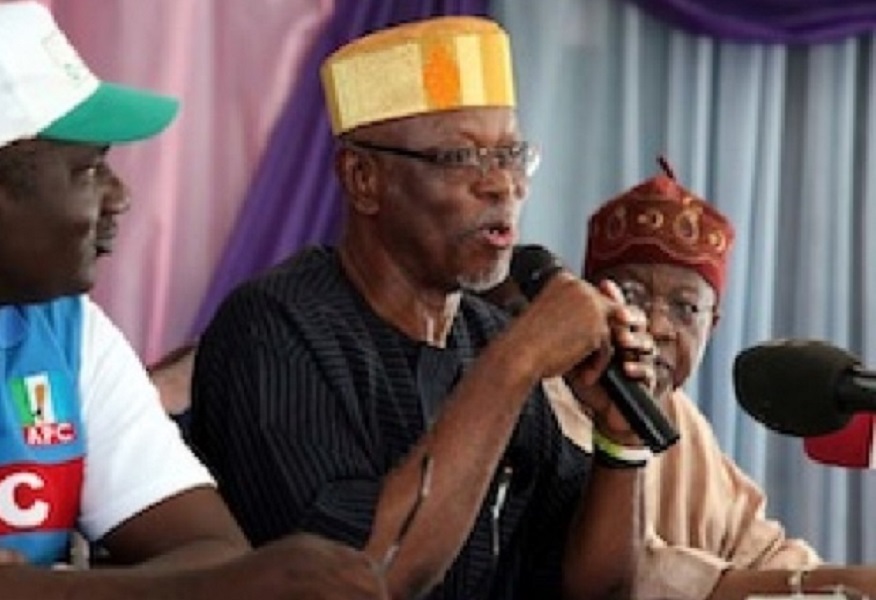 Journalists covering the ruling All Progressives Congress (APC) have said that they will embark on a massive protest against the National Working Committee (NWC) led by Chief John Oyegun as from next week over inability of the party leaders to pay various advertisements placed in the various media platform.

The debt running into over N25 Million cut across various major  national Newspapers covering the party, which include; Thisday, Punch, Daily Trust, Blueprint, Guardian, Nation, Sun, Vanguard, Leadership among others.

Recall that the party recently generated more than sixty million Naira from the sales of the Nomination and Expression of Interest forms,

It was gathered that eleven out of the twelve aspirants officially paid five million and five hundred thousands for the forms while the only woman aspirant got the form free of charge according to the APC constitution.

Some of the adverts placed in the Nawspapers were said to have taken more than two years without payment by the ruling party.

The affected newsmen, who said their on the verge of losing their jobs owning to various threats from their offices, expressed frustration confronting them as a result of APC debt.

The break down of the advert debts shows that the Nation, Leadership, the Sun, Blueprint, Vanguard and Daily Trust have the highest shares unpaid advert.

One of the journalists who revealed the plan to carry placards against Chief Oyegun led NWC next week said they have to do this after several appeals have failed.

The newsman, therefore, said that all the local and international media organizations will be invited to cover the protest, saying “the protest will be a kind of open appeal to the leadership of APC to save their jobs.”