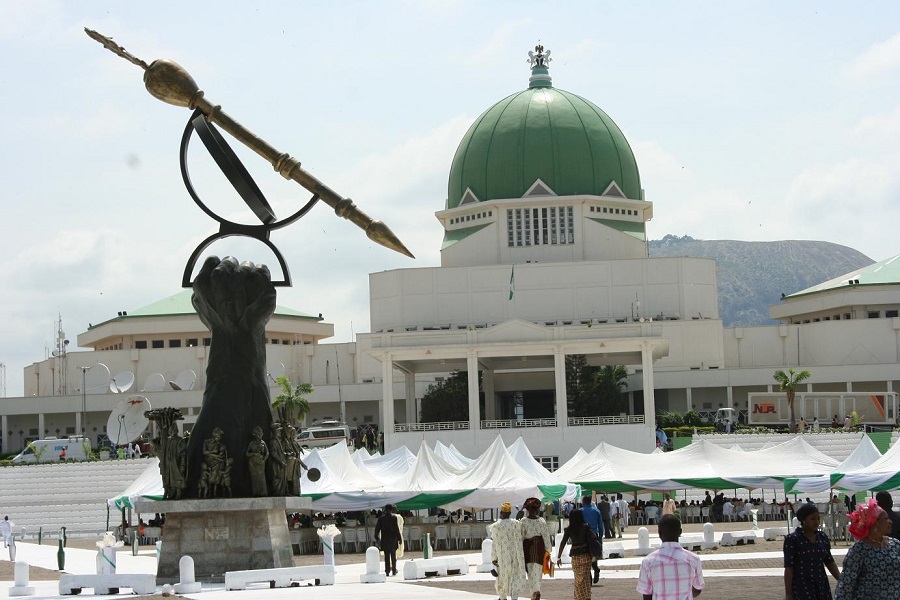 The National Assembly was at the cusp of making history the upper week when members were gathered in plenary to vote on scores of bills listed for amendment (Fourth Alteration) to the 1999 Constitution (as amended).

The voting was coming at a very challenging moment in Nigeria’s existence as an “indivisible and indissoluble” entity brought about by the amalgamation of the Northern and Southern Protectorates in 1914 by the British colonial masters.

The country has had ups and downs, including a 30-month civil war (1967-1970), to bring back into the fold the breakaway Eastern Region that formed the “Republic of Biafra,” and a six-year-long political upheaval (1993-1999) that attended the Military annulment of the June 12, 1993 presidential election.

But never has the nation experienced numerous centrifugal forces simultaneously: In the Northeast are bloody attacks by an insurgent group, Boko Haram; and in the Southeast is agitation by self-determination outfits – the Movement for the Actualisation of the Sovereign State of Biafra (MASSOB), Indigenous People of Biafra (IPOB) and Biafra Federation Movement (BFM).

In the entire North is a Coalition of Arewa Youths, which has given Igbo indigenes an October 1 deadline to leave the region, and also urged the government to declare IPOB a “terrorist” organisation and its arrowhead, Mr. Nnamdi Kanu, re-arrested for allegedly flouting his bail conditions.

The South-South housed a plethora of militant bodies, the most vocal being a Coalition of Niger Delta Militants, which has given a counter-ultimatum to indigenes of the North to quit the zone; and the Adaka Boro Avengers (ABA) that has iterated its threat to declare a republic in the Niger Delta on October 1.

And in the Southwest, besides the Oodua Peoples Congress (OPC) and Oodua Self-determination Group that had flirted with statehood for the Yoruba-speaking peoples, a new group – Yoruba Liberation Command (YOLICOM) – is canvassing an Oduduwa Republic come October 1 as, in its words, “it is too late for the restructuring of Nigeria.”

Interestingly, these other self-determination groups are lining behind, and casting their lots with the Biafra agitators. For instance, while announcing its debut on the political stage, the YOLICOM declared: “Give Kanu Biafra, give us Oduduwa Republic.”

Similarly, opinion moulders in the North Central have warned that in the event of a Republic of Biafra or any other one actually manifesting, they would not align with the Northwest and Northeast but establish their own Middle Belt Republic.

This multiplicity of agitation and proclamation by ethnic groups partly reinvigorated the clamour for restructuring of the country, which devolution of power is a major component.

So, the National Assembly was expected to back the bill to the hilt, to serve two purposes: to reduce the powers, functions and revenue allocations to the central (federal) government in favour of the federating units (states), and to douse the uproar for self-determination across the country.

Thus, the devolution of power bill, which ranked No. 3 on the items for consideration, essentially sought to alter the Second Schedule, Part I & II of the 1999 Constitution, “to move certain items to the Concurrent Legislative List, to give more legislative powers to States.”

But what happened to the bill? Of the 95 senators who cast ballots for it on Wednesday, July 26, 46 voted in favour, 48 against and one abstained; and on Thursday, July 27, in the House of Representatives, 210 favoured the bill while 71 voted against it. However, the lower chamber’s balloting fell short of the minimum 240 votes to clear the huddles.

Yet, Senate President Bukola Saraki gave himself and his colleagues a pat on the back for being able to pull off 29 of the 33 bills slated for amendment.

His words: “This is an exercise for which we gave a promise and we have kept to it. Definitely, we have made history this afternoon with the exercise that we have carried out… To be part of that history is a great honour for all of us and I want to thank you, my colleagues.”

But the shock of the defeat of the bill, and the instant rebuke it elicited from proponents belied the self-praise of the senators. Ironically, the fear of restructuring caused the bill’s failure, Senator Saraki told newsmen in Ilorin, the Kwara State capital city, after receiving a delegation of the #NotTooYoungToRun# group in the state.

He said some stakeholders had misunderstood the intent of the proposed amendments in the bill “as a clever way of introducing restructuring, and were not ready to back such a move without proper consultations with their constituents.”

“I think what happened was that a lot of our colleagues misread or misunderstood or were suspicious of what the devolution of power to states was all about; whether it was the same thing as restructuring in another way or attempt to foist confederation on the country or to prepare the ground for other campaigns now going on in the country,” Saraki said.

And his advice? “What we must do is dialogue; reassure each other and let people understand that this concept (devolution of power) is for the purpose of making a modern Nigeria; that it is not going to undermine any part of the country.”

Then, he threw in a lifeline. “Nothing is foreclosed in this exercise; you don’t foreclose passage of a bill,” he said. “It has been defeated as at today but it does not mean that it would be defeated when it comes (up) tomorrow.”

Well, to critics who said members of the National Assembly, particularly senators, had missed the chance “to make ‘real’ history with devolution of power and be part of history,” there’s still time for them to lift the trophy. What a historic day that would be!