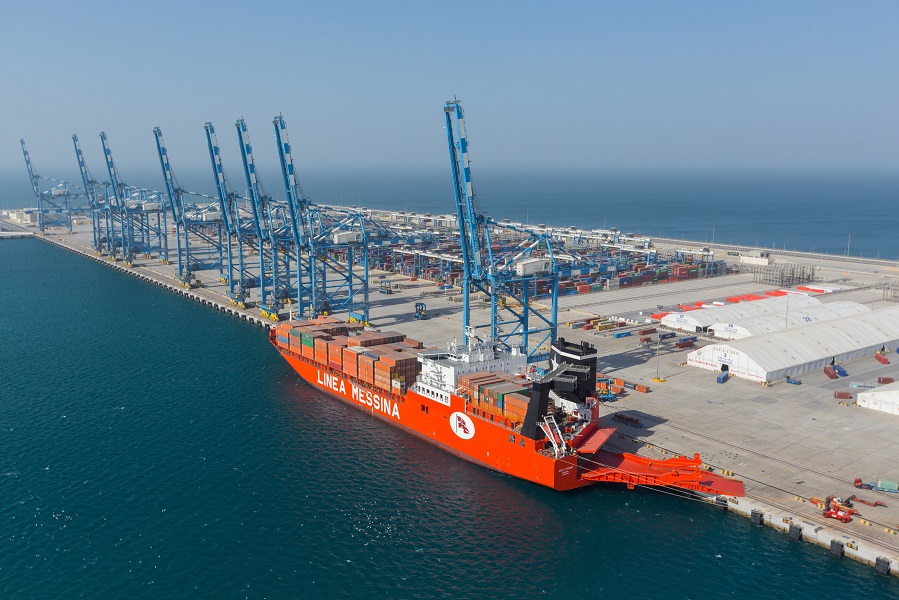 The expansion of Gwadar port in Pakistan is so game-changing that would reformulate the economic agenda of the entire region. Many economic analysts believe that Gwadar is another Dubai emerging on world’s map. The controversial issue here is that an economically powerful Gwadar threatens the strategic influence of Dubai in the region. This challenging point, recently, has caused a silent economic war in the Gulf of Oman between two groups of countries. Pakistan, China and Qatar are on one side. India and the UAE are on the other side.

Dubai is located on the southeast coast of the Persian Gulf. It is the largest and most populous city in the United Arab Emirates (UAE). Dubai has invested in infrastructure to overcome its poor natural resources and become a global business, trade and tourism hub. Thus, Dubai has emerged as a multi-cultural city and enjoys to receive millions of leisure and business visitors each year from around the world.

The major revenue of Dubai comes from tourism, aviation, real estate, and financial services. Large construction projects, iconic skyscrapers and sports events are other means of income for Dubai. The world’s tallest building called the Burj Khalifa is located in this emirate. It is clear that the area where Dubai is located can offer a distinct geographical advantage to businesses. There are two major commercial ports in Dubai, Port Rashid and Port Jebel Ali. The latter one is the biggest man-made harbor in the world and the biggest Middle East port. It is home to over 5,000 companies from 120 countries of the world.

On 10 April 2016, talking to The Washington Post, Zhang Baozhong, chairman of China Overseas Port Holding Company said that his company could spend a total of $4.5 billion on roads, power, hotels and other infrastructure for the industrial zone of Gwadar. He also added that the company also plans to build an international airport and power plant for Gwadar.

‘Dubai Investment Forum’, a platform aiming to persuade local and international investors will be held in October under the patronage of Crown Prince of Dubai Sheikh Hamdan bin Mohammed bin Rashid Al Maktoum. Undoubtedly, this Forum is so crucial for the future of Dubai to continue its development as now it has a strong rival named Gwadar.

India is another key player in this regional battle. The Chabahar-Gwadar adversary is due to the fact that the ports are at a distance of about 72 km from each other. Both India and Pakistan have been attempting to undermine each other in the region and the development of the two ports is bound to add to the animosity. America’s company with India should also be seen in this context. Recent agreements signed between the US and India validate the fact that a rising China is a threat to the regional balance of power. The US is also concerned about the rise of Chinese economic power in the region. Dr. Ahmed Albanna, UAE Ambassador to India declared that China’s investment for expanding Gwadar port in Pakistan will have negative impact on the UAE’s interests.

Qatar officials understand the importance of Gwadar as a great game-changer in the region and they planned to invest 15% of the “China–Pakistan Economic Corridor” (CPEC), a collection of infrastructure projects that are currently under construction throughout Pakistan, so that to put pressure on Dubai and the UAE as the animosity between the two country has recently became more harsh.

To sum what has been written up, the geoeconomic and geopolitical situation in South Asia is changing swiftly. This can be credited to the fact that the emerging powers in the region are redefining their presence. China, Pakistan and Qatar are formulating the economic agenda of the region based on the geo-economics of Gwadar port while India and the UAE are strongly against this prospect and attempt to thwart their plan by persuading the USA and European countries to invest in Dubai.

Saudi Arabia and Kuwait has natural oil resources and Qatar has natural gas resources but the UAE has no special resources and is mostly dependent on its tourism and transportation revenues. Thus, with regard to the large investment by Saudi Arabia for attracting tourism by turning 50 Red Sea islands into luxury tourism resorts and the silent economic war in the Gulf of Oman, the UAE is the big loser of the this great game since Dubai will have no tourism and transportation privileges after ten years from now.