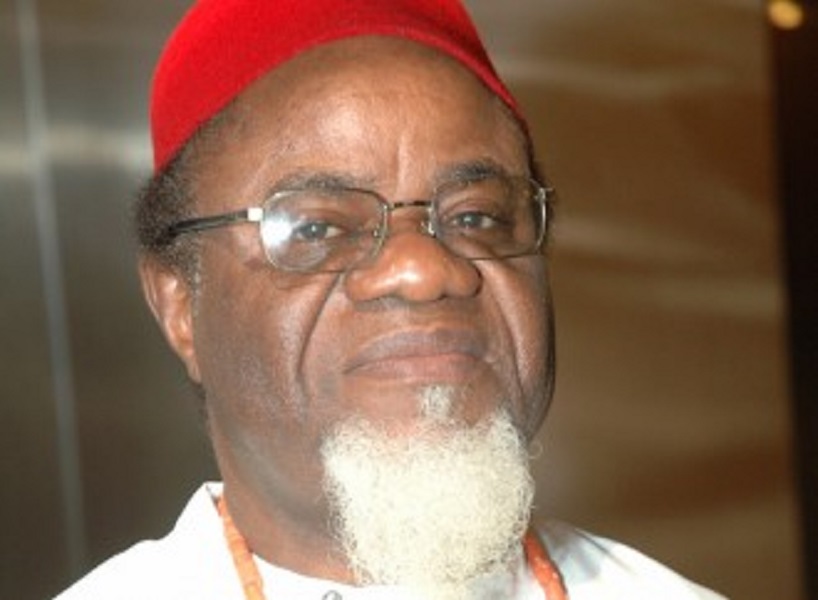 In the context of Nigerian political history, the word re-structuring, which is now very current, should be quite simple, straight forward and without complications, yet some people seem to have difficulties with it. In substance, it simply calls for our going back to the “agreed Nigeria”, that is, going back to the structure or political arrangements of Nigeria, as agreed by the founding fathers – our heroes past! That ‘agreed Nigeria’ was a federal structure, with regions as federating units.

Initially there were three regions: Eastern, Western and Northern regions. Midwestern region was created later, making four regions: three in the South, one in the North. Each region had its own constitution and operated fairly autonomously. The Federal Government handled issues universally agreed to be federal responsibilities – issues like: external relations, currency, weights and measures etc. There was fiscal federalism as the resources for running the Federal Government came, basically, from the federating units.

Each region controlled it’s resources and grew at its own pace. The people owned their regional governments, in the sense that people in the regions were, particularly, concerned about how their regions were run. That was mainly because the money spent in the regions was basically internally generated – contribute by the people of the regions, through taxation, other payments etc. That is different from the present situation, wherein revenue “come” from the Federation Account. With that former structure there was peace and satisfactory progress.

The agreed structure was rubbished by the Nigerian military, at the beginning of the Nigeria/Biafra conflict. To win, easily, the Nigeria/Biafra war (then predicted to be only a “police action”), the strategy was adopted to isolate the Igbo from the rest of Eastern Nigeria. Twelve states were thus created: six in the North, six in the South. The East Central state became the state for Igbo, east of the Niger and outside of Rivers area. The running of Nigeria was also made more fully adapted to military central command system. This central command has given Nigeria a unitary, as opposed to, the agreed federal structure of government.

After the war, the military continued to run the government in Nigeria – making it progressively more unitary and more dictatorial. It was thus easy for the military to, basically dictatorially, create, not only new states, but also new local government areas (LGAs), without considering the fairness of their creation or distribution. Today, we have 36 states plus FCT, sometimes treated as if it were a state, 19 states in the North, 17 in the South. The imbalance in the distribution of LGAs is, by far, more pronounced.

For example, Kano and Jigawa (which was created out of Kano) have between them almost as many local government areas as the whole of the South East geo-political zone; Kano has 44 LGAs, Lagos 20, Bayelsa 8, etc. There are 419 LGAs in the North any 357 in the South. Both the states and the LGAs get allocations of revenue from the Federation Account. It is easy to see why some short-sighted persons, savoring unfair unsustainable advantages, are blinded to the long term disastrous consequences of insistence on holding on to their booty. The unfairness of these military creations should be problematic, but that is not the main reason for the clamour for restructuring.

The main problem is that, as the country is currently structured and run, the country is growing economically, morally and in-every-way backwards – indeed, taking she has taken giant steps backward!!! The Nigerian people at federal, state and LGA levels, do not police the expenditure of revenues allocated from Federation Account, and this and other factors, have led to monumental corruption which has eaten deep into, and permeated, every fabric of the society, leading to the comprehensive and woeful failure of Nigeria. We note that the very well composed 2014 National Conference approved the creation of additional 18 states.

Those who doubted the wisdom of so many new states, should think of the new suggestion of twelve regions and 52 states for the Middle Belt. The problem is that the extent of dehumanization and suffering to which some Nigerians are subjected cannot be imagined by many other Nigerians. Thus, without taking account of the new information from the Middle Belt (12 regions and 52 states), we have 54 states plus Abuja to deal with. Should we have 54 federating units? We should adopt the least controversial and most efficient approach to restructure Nigeria, instead of rediscovering the wheels, with attendant new controversies.

The line of least resistance appears to be to adopt the present six geo-political zones as the Federation Units and allowing the states in each zone to work out their constitutions, with the recommendations of the 2014 Conference and the Independence Constitutions of the former regions as templates. Of course, they may introduce new elements forced by new realities. One such, is to make the zones responsible for their internal security – with external security left with central government. In this case, the coexistence of Zonal and State Police Commands should be seriously considered, for greater effectiveness and efficiency.

Whether we want to adopt the above line of least resistance, amend it, or choose any other approaches, we must be aware that we are, seriously, running out of time. The following considerations motivate the suggestions below:

This can be done by creating women-exclusive constituencies. The body shall decide how their decisions shall come into force. Let us choose, as our New Nigeria, One Nigeria, with Justice as Fairness Prevailing!!! The emerging structure may have defects. But, with justice as fairness prevailing, the welfare of all Nigerians will be maximized.

We need only emphasize what I said during the Save Democracy event, some weeks ago: Time is running out on Nigerian!!! Yours for Nigeria as a Super Power!