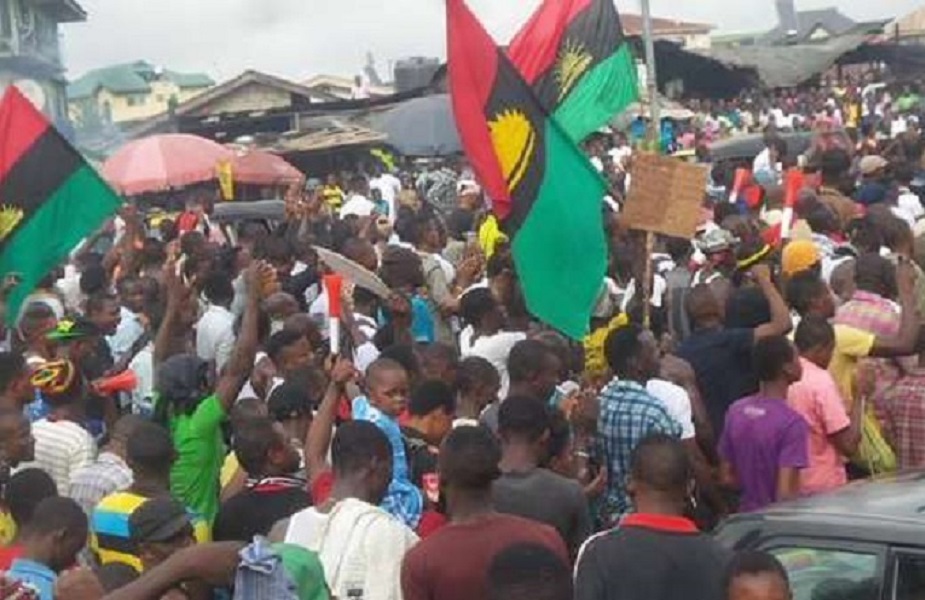 Come November 18, 2017 the people of Anambra State will once again go to the polls to decide their destiny on who runs the affairs of the state for the next four years. Just for the record, let me start by explaining why guber polls is holding in 2017 and not in 2015.

The last time Anambra participated in the conventional date for guber polls in Nigeria was in April 2003, an election that produced former governor Dr. Chris Ngige who was sacked by the Court of Appeal sitting in Enugu in an appeal petition filed by Governor Peter Obi, the All Progressive Grand Alliance (APGA) candidate. Peter Obi himself has fought and won three major legal battles.

Apart from his victory at the Appeal Court, Obi was reinstated by the Supreme Court in 2007 after his impeachment as governor. The last one he won was the apex court interpretation of his tenure. On his part, Dr Andy Uba has made three failed attempts to unseat Obi based on the 2007 election.

It is safe to conclude that Anambra politics has been engulfed in legal crises since April 2003 and after five major court judgements three of which are supreme court judgements, the state finally had a steady Governor in Peter Obi whose second tenor expired on the 17th of March 2014. Ever since then Anambra polls has been holding about two years after general elections.

In less than five months, incumbent governor, Willie Obiano will once again test his popularity among Anambrarians, a contest like non-other as a result of developments in the south-east region following the renewed agitation for the Biafran sovereign state by the Indigenous people of Biafra (IPOB) led by Mazi Nnamdi Kanu.

There will be no election in Anambra come November – Nnamdi Kanu

The forth coming election in Anambra State have gone beyond a contest on who governs the state, after the declaration by the leader of Indigenous people of Biafra (IPOB), Mazi Nnamdi Kanu that there will be no governorship elections in the state, the landscape of the electioneering campaign changed.

The declaration without a doubt will lead to a possible voter’s apathy as a result of the strong support Nnamdi Kanu enjoys in the region. Anambra State especially Onitsha, the commercial capital of the state has been the center of many protests clamoring for the return of the Biafran state which many has been reportedly shot dead or injured by Nigeria’s security agents.

There is usually an uncanny emotion running through the veins of Anambra people whenever Biafra is mentioned and that goes to show that many voters maybe vulnerable to political party in the state leading to poor or no voters’ turnout on Election Day.

The declaration have also placed the Biafran struggle on the line, should Anambra people come out enmass in November to vote, it will weaken Nnamdi Kanu’s influence and many will question his power to control the emotions of his followers.

The present heat on the agitation for Biafra have also placed the incumbent governor, Willie Obiano in a tight corner; as a state governor who have sworn to preserve the unity of Nigeria as well as her sovereignty is bound by law to verbally speak against any attempt of secession in any part of the country. Governor Willie Obiano in his attempt to perform his lawful duty as governor has been criticized for not speaking against the Federal government over the killings during protests in the state.

When some Biafran supporters allegedly set some Mosques ablaze in Onitsha during a heated protest, Governor Obiano reportedly repaired and renovated the Mosques, a supposed politically correct move but seen by Anambrarians as a betrayal of the legitimate struggle for self-determination. So many of such senarios have played out over the past couple of years which have angered Anambra people.

Although Governor Obiano may have performed well as governor, but it is now glaring that for him to retain his job, he must do more than “perform”, he still needs to appeal to sentiments for the Biafran struggle, but as a Nigerian state governor he cannot passively or openly support secession in Nigeria.

The fate of APC in Anambra November polls

There are five states in the South-East and only Rochas Okorocha of Imo State worn an election recently in the region. This is because in the South-east, the All Progressive Congress (APC) is seen as a party with a Northern agenda. The same sentiment have effectively crippled any guber ambition serving Minister of labour and employment, Dr Chris Ngige may have.

Dr Chris Ngige who is also a former governor of the state was once a beloved son of the south east, but after his defection from the Peoples Democratic Party (PDP) to the Action Congress of Nigeria (ACN) which later formed the ruling All Progressive Congress (APC), his electoral value dwindled and have since contested twice and lost in Anambra governorship election. The same sentiment may work against any other candidate which the ruling APC may present in the forth coming election in the state.

The above was the situation of APC in Anambra State before Nnamdi Kanu came into the scene; it was bad enough then, how much more now that the same APC-led federal government has been responsible for the incarceration and trial of Nnamdi Kanu since October 2015.

As things stand now, it is safe to say that there is no chance in Anambra State for APC.

There are also mixed feelings among Anambra people whether to vote enmass in the forth coming governorship election or heed to IPOB’s directive to seat at home on Election Day. Presently the Independent National Electoral Commission (INEC) is conducting voters’ registration across all local governments of the state which have thus far seen a good turnout. This means Anambra State is getting prepared to vote on Election Day.

Many other voters in the state have taken side with Nnamdi Kanu not to vote, the mantra has been “we want referendum, not election”. IPOB has continued to push through their commitment to disrupt the November 18 governorship election in Anambra State.

According to the pro-Biafra group, it would not allow any election process that would perpetuate slave status and misery among the people of the area.

In a statement by IPOB’s Media and Publicity Secretary, Emma Powerful in Awka, the Anambra State capital, the group noted that it had not changed its mind on the issue contrary to insinuations in some quarters.

The group was reacting to the recent threat by the Anambra State Commissioner of Police, Mr Garba Umar that it would deal ruthlessly with any group that would threaten the Anambra poll.

Ezekiel Enejeta is Public Relations specialist and media consultant, he is well vast with Anambra politics