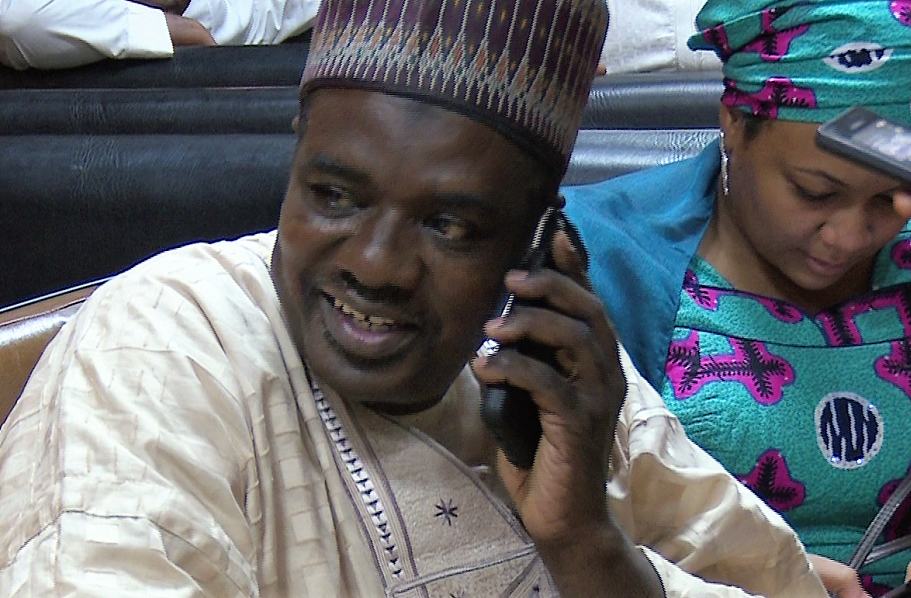 Justice Halilu Yusuf of the Federal Capital Territory High Court sitting in Maitama, Abuja on Thursday July 13, 2017 granted bail to the former governor of Jigawa State, Ibrahim Saminu Turaki.
[poll id=”28″]
The former governor was re-arraigned before Justice Sabi’u Yahuza at the Federal High Court, Dutse, Jigawa State on a 32-count charge of misappropriating N36 billion while in office, after successfully challenging the jurisdiction of the FCT High Court, where he was first arraigned before Justice Binta Murtala Nyako.
Since his re-arraignment, Turaki refused to attend trial – a situation which resulted in the Commission declaring him wanted in May, 2013.
Operatives of the Commission finally apprehended him on July 4, 2017 at a public function in Abuja, pursuant to a bench warrant issued by the Federal High Court, Dutse, Jigawa State.
Turaki was brought to court today in compliance with an earlier order of court.
At today’s proceedings, Justice Halilu admitted the accused to bail on conditions which require him to deposit his travel documents to the registry of the court, produce two sureties with reasonable source of income and as well as report to the Commission every 2 weeks from today, July 13, 2017 till when the court resumes from vacation in September, 2017.
According to Justice Halilu, bail was granted “in light of the fact that the accused has not taken his plea.”
Earlier, counsel to the prosecution, M.S Abubakar had opposed bail conditions, highlighting the antecedents of the accused in avoiding trial and evading arrest.
“Our action of arrest was in furtherance of Section 35(1b) of 1999 Constitution, as well as a valid order of the court. We submitted an administrative letter dated July 7, 2017 to the registry of the Federal High Court, Jigawa, requesting them to transfer the matter to the Federal High Court, Abuja for arraignment (before the vacation judge) or alternatively, remand him in prison custody pending arraignment. However, we have not received a response.
“Due to this, we filed a similar application dated July 13, 2017 to this honourable court.”
Justice Halilu, while commending the efforts of the prosecution to liaise with the Registry of the Federal High Court, Jigawa, questioned the motives of the defendant applicant in filing a substantive human rights matter at the Federal Capital Territory High Court on July 10, 2017 asking, “Why has the applicant chosen to come and drink from the cup of equity at this court. Was it not this same court that he refused to stand before prior to now?”
The matter has been adjourned to July 20, 2017 for hearing on the substantive application.