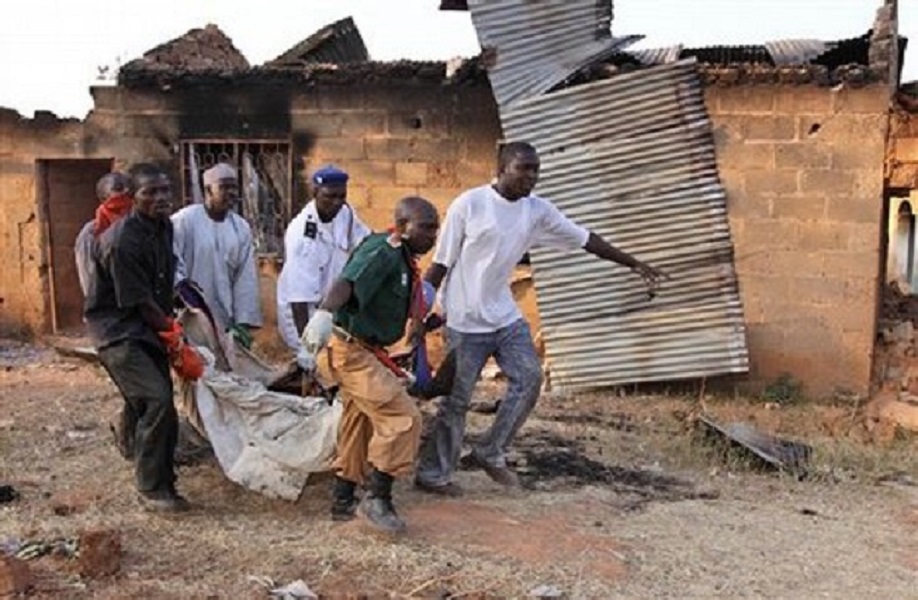 A human rights group, Save Humanity Advocacy Centre, on Thursday indicted Governor Darius Ishaku of Taraba State, Speaker of the State House of Assembly, Abel Diah and other key actors in the recent crisis between Fulani and farmers in Sardauna Local Government Area.

The organisation said the governor and prominent citizens in his government “must accept responsibilities for the recent massacre of Fulani herdsmen in the Mambilla Plateau.”

While over 50 persons were on June 18 killed and about 120 houses razed in simultaneous attacks allegedly carried out on Fulani herdsmen resident in the area, over 200 cows were also said to have been killed by the attackers who invaded several villages and settlements.

The Executive Director of SHAC, Abubakar Ibrahim, in a protest letter to the Acting President, Prof. Yemi Osinbajo (SAN), obtained by journalists in Jos, threatened to stage a nationwide protest if justice and necessary action were not taken on the incident.

He condemned the killings in Mambilla Plateau and suggested reinforcement of security in the area to avert further loss of life.

SHAC said, “Without prejudice to what investigation of the massacre will uncover, going by preliminary information from stakeholders, the Taraba State Governor Darius Dickson Ishaku, the Speaker of Taraba State House of Assembly, Mr. Abel Diah, and authorities of Sardauna Local Govenrment must accept responsibilities for what happened. They must be told the plain truth to make them repent, pay reparation and apologize for what happened or be made to face the International Criminal Court (ICC).

“Community and traditional leaders in the area must also pay for their indifference to the sufferings of those maimed and their properties destroyed. They too must be made to keep a date with the ICC to serve as lesson to others.

“Your Excellency the Acting President, our prayers are therefore that: The attention of the nation and the entire world should be focused on what happened on the Mambilla Plateau as a way of building the consensus that ensures this does not happen anywhere else in Nigeria ever again. An investigation should be ordered into what happened to identify those that should be punished for this crime.

“Your Excellency, the Acting President receives the leadership of the Save Humanity Advocacy Centre and other human rights campaigners in a mass rally on Monday July 17, 2017 to draw attention to the need for ethno-religious tolerance in the country.”

Ibrahim asked the Federal Government to immediately provide relief materials and compensation for the affected persons.

While acknowledging Osinbajo’s prompt reaction to the unfortunate incident, SHAC said he should go beyond relief materials by setting up a panel of inquiry to unravel the root cause of the attack.

He said, “We are however at pains to bring to your attention the need to go beyond these initial reactions from Your Excellency since we know the demands of managing the affairs of a country as complex as Nigeria could soon have the tragic incident on the Mambilla Plateau pushed into irrelevance until another rude awakening exposes the culture of ethno-religious intolerance that has become ingrained in our national psyche having been actively promoted by some state actors.

“The Fulani communities in Sardauna LGA of Taraba State have called for the Acting President’s intervention in the wake of the massacre. In a nation that is being ravaged by sponsored violence by highly placed persons, the plight of these communities may not merit special attention but the concerns they have expressed about the attacks against them being an act of genocide calls for a different approach in addressing the Mambilla Massacre.

“It is a development that can complicate matters for Nigeria before the International Criminal Court since indifference from the Federal Government would be construed as acquiescence with a pogrom.  A further imperative to investigate the allegation of genocide in Mambilla, Sardauna LGA of Taraba state is the domino effect that could result if nothing is done.”

The group warned that if the attack is not investigated, it would spell future disaster for the country as ethnic cleansing could become a trend that eventually compromises the corporate integrity of the country.

“The few states that once allowed the folly of ethnic cleansing on their soils are yet to get out the cycle of reprisals till date”, Ibrahim said.