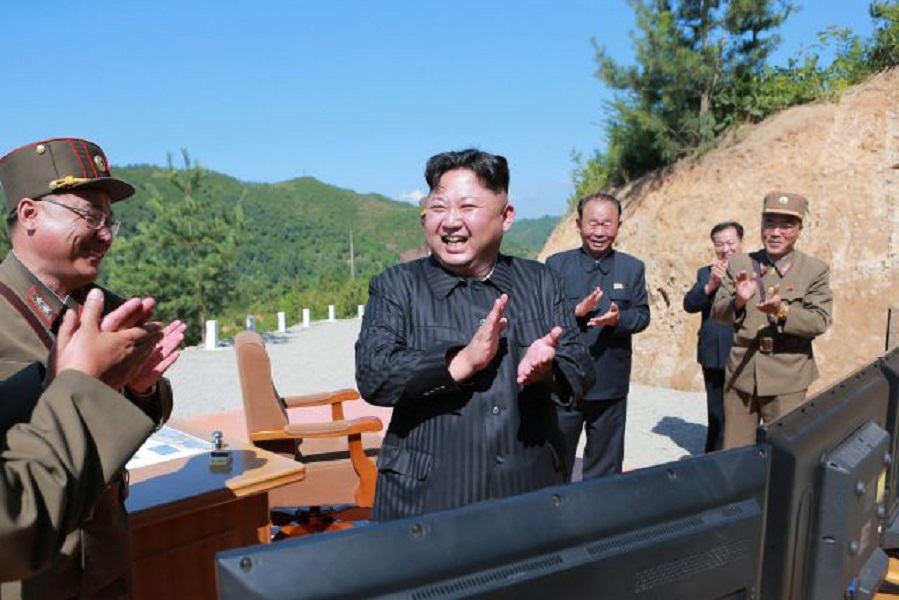 China has hit back at claims of a continued uptick in trade with North Korea, arguing that its figures were taken out of context and trade with its neighbor has instead been on the decline.

“Trade between China and North Korea grew almost 40 percent in the first quarter. So much for China working with us…,” the president wrote in a tweet Wednesday.

Though Trump’s reference was not incorrect, Chinese state media argued that uptick was an isolated event and wider analysis showed a fall in trade with North Korea, which largely depends on Chinese energy imports. The report from China’s Global Times also appeared to criticize Chinese authorities for failing to “foresee the reaction from the West.”

Data released by China Customs in April point to a 37.4 percent increase in trade with North Korea in the first quarter of 2017. However, new figures released Tuesday by China’s Ministry of Commerce show trade between the two countries grew by 13.7 percent from January to May, suggesting a significant dip since April.

“First quarter data cannot speak for the whole year,” the Global Times article read, arguing that trade growth was unlikely to change significantly from 2015, when it was down 14.9 percent, and 2014, when it was down 2.57 percent.

“The past boom time of China-North Korea border town Dandong is over, and many Chinese companies doing business with North Korea closed down following the sanctions,” it argued.

However, the report also highlighted a misunderstanding in the west of how UN sanctions, in place variously since 2006, govern Chinese trade with North Korea.

“Beijing has been strictly implementing UN-imposed sanctions, but meanwhile stresses that normal trade activities with Pyongyang, especially those concerning people’s livelihoods and that reflect the principles of humanitarianism, should not be affected by sanctions.”

The UN and the U.S. have attempted to use sanctions for the past decade in an attempt to stem North Korea’s nuclear weapons development, but the latest July 4 test, which demonstrated a significant advance in its capabilities, have forced international bodies to reconsider their response going forward.

The Chinese article insisted that it would continue to work closely with the U.S. to minimise their “divergences” on the matter but added that increased sanctions would not provide a solution.

“Some people in the US, South Korea and Japan may expect the sanctions to collapse North Korea’s economy, but destitution, pushing Pyongyang’s regime to its limit, and humanitarian crisis are not what the UN resolutions are intended to do, nor what the Chinese public wants.

“Washington should face the fact that intensifying sanctions is not a fundamental solution to the North Korean nuclear crisis,” it stated.