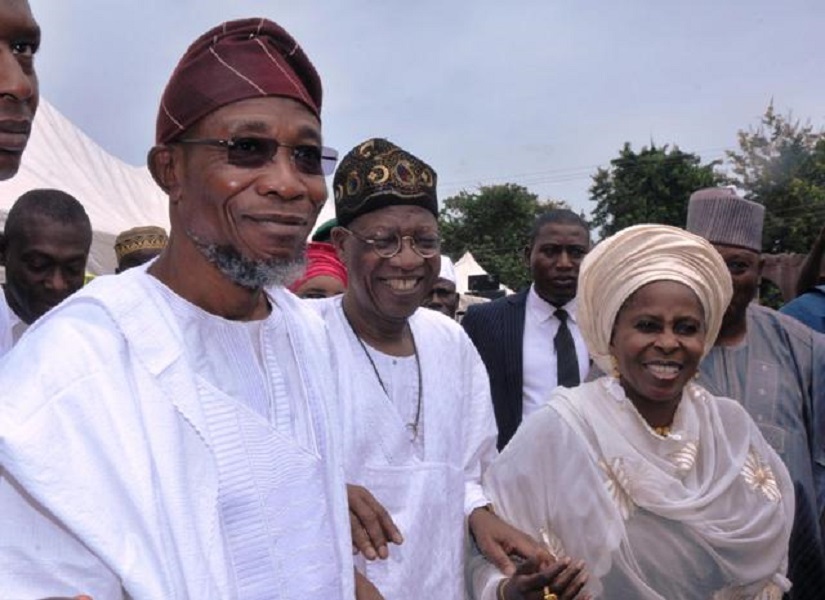 The Minister of Information and Culture, Alhaji Lai Mohammed, has enjoined the adherents of the two major religions in Nigeria to imbibe the spirit of harmony and tolerance in order to strengthen the bond of unity across the country.

The Minister made the call in his hometown of Oro, Kwara State, on Saturday at the 10th Lai Mohammed Ramadan Lecture Series.”God has a purpose for making us (Nigeria) one and we shall remain united, despite our differences

Alhaji Mohammed advised Nigerians to borrow a leaf from the people of Oro whom,  despite their religious differences, have been co-existing peacefully, saying he has even held four editions of the annual lecture on the grounds of a Catholic school in the town.

The Minister warned those who are fanning the embers of discord through divisive and hate speeches, noting that war is an ill-wind that blows nobody any good.”Like people say, wars are not really started by bullets, they are started by words of mouth. If there is war today, none of us will escape whether you are young or old, whether you are Yoruba, Igbo or Hausa,” he said.

Alhaji Mohammed cited an example of Rwanda, where hate speech fuelled the genocide that led to the loss of over 800,000 lives, with an unimaginable scale of destruction of property, in 1994.

In his remarks, the Governor of Osun State, Ogbeni Rauf Aregbesola, urged the Muslim faithful to be pious and prayerful during the Ramadan fast.

The Guest Lecturer, Alhaji Ibrahim Gidado, underpinned his message on faithfulness and devotion in the month of Ramadan.

“How do you become faithful? It’s by doing things in the way of Allah and not just doing things for show-off but for Allah to see and reward you,” he said.

He advised the wealthy in the society to make it mandatory upon themselves to always assist the poor and the needy in order to cushion the effect of the recession in their social and economic lives.

The highpoint of the occasion were prayer sessions for President Muhammadu Buhari, Acting President Yemi Osun another and the peaceful co-existence of Nigerians.