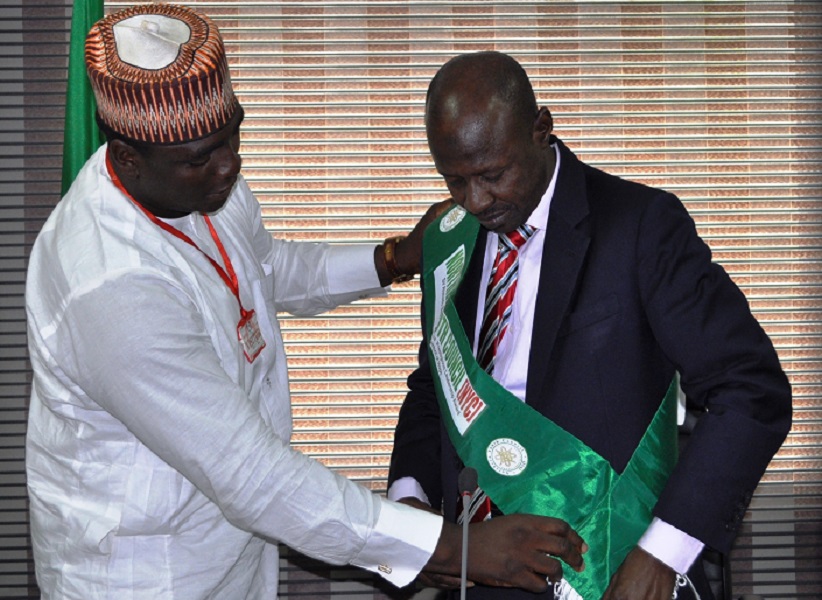 The Northern Youth Council, NYC, the umbrella body of all youth organisations in the northern part of Nigeria, on May 4, 2017, adjudged the Economic and Financial Crimes Commission, EFCC, as the “Best Anti-Corruption Agency in Africa”.

Secretary of the council, Abdul-Salam Kazeem, who made the declaration during a visit to the EFCC Headquarters, noted that the decision to so acknowledge the anti-graft agency was in recognition of the vigour with which the agency under its acting Chairman, Ibrahim Magu, was executing the war against corruption.

While presenting the Certificate of Honour to Magu, he said, “We appreciate you and your staff for your doggedness and commitment in the fight against corruption.”

The council also conferred on Magu the “Hope of Masses and Symbol of Hope” award, acknowledging his commitment in leading the affairs of the EFCC, and for “doing one of the nation’s  most challenging job in the fight against corruption, working without a letter of confirmation”.

Magu who was also decorated by Kazeem with a green sash, the NYC’s Symbol of Hope and induction into the council’s hall of fame, was described as a “great man whose achievements speak loud for themselves.”

He said: “We are fully aware of the enormous task before you and we share the pains and the obstacle placed before you by those who have amassed so much wealth through corrupt practices and those who found themselves in the corridors of power using it to sabotage the fight against corruption.”

He further reiterated that as a responsible youth organisation the council would never relent to give it support to the fight against corruption, noting that “we are in support of the creation of special anti-corruption courts”.

While commending the council for its gesture and the recognition, Magu, urged the NYC to ensure that its support for the EFCC does not wane.

“The war against corruption is a collective responsibility and so we appeal to the youths in Nigeria to continue to assist us in achieving our mandate,” he said. He assured that he would continue to justify the confidence reposed in him.