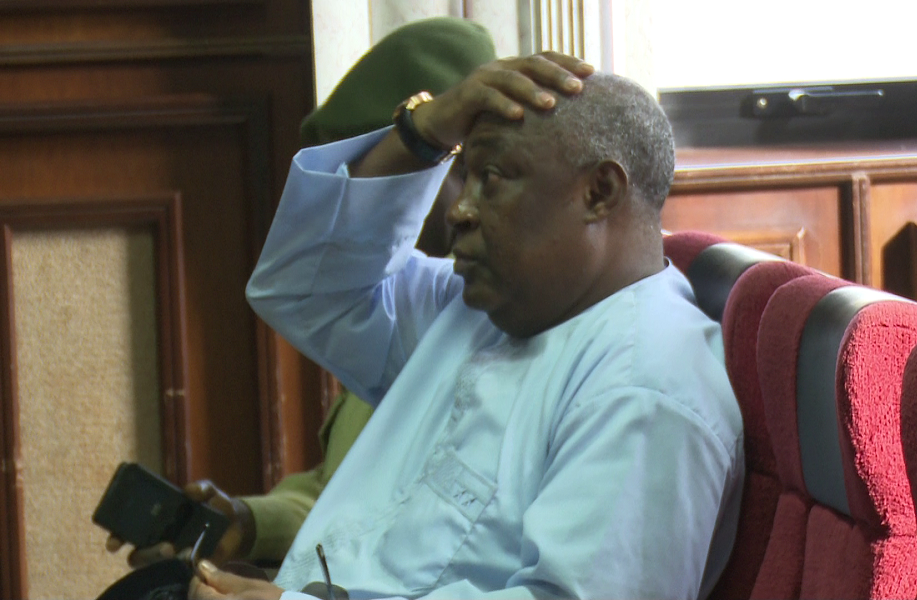 A prosecution witness in the trial of a former Chief of Defense Staff, CDS, Air Marshal Alex S. Badeh (retd) has revealed how a lawyer to the former CDS absconded to Dubai with title documents of various properties allegedly procured with monies removed from the accounts of the Nigerian Air Force, NAF, between January and December, 2013.

The witness, Nuhu Dalhatu, made this disclosure on May 3, 2017 while being cross-examined by Lasun Sanusi, SAN, who held brief for Badeh’s counsel, Akin Olujimi, SAN, before Justice Okon Abang of the Federal High Court, Maitama, Abuja.

Badeh is being prosecuted by the Economic and Financial Crimes Commission, EFCC alongside Iyalikam Nigeria Limited on a 10-count charge of money laundering, criminal breach of trust and corruption.

He allegedly abused his office as CDS by using the dollar equivalent of the sum of N1.4billion removed from the accounts of the Nigerian Air Force to purchase properties in choice areas of Abuja between January and December, 2013.

Dalhatu, a forensic analyst of the EFCC, had earlier told the court that, the analysis of NAF statements of accounts, as well as key revelations by a NAF financial officer, Squadron Leader Emmanuel Abu, proved useful in investigations.

According to him, “investigations revealed that Barrister Hussaini Umar sold properties at the behest of Air Commodore Yushau, on behalf of Badeh, which title documents and power of attorney Umar said he had submitted to Barrister Timothy Muje, the company secretary to Iyalikam Nigeria Limited, for endorsement.

“The Commission made efforts to invite Barrister Muje, but he failed to turn up. We made attempts to arrest him only to find out that he had absconded through the Nnamdi Azikiwe International Airport for Dubai.”

When asked by Rotimi Jacobs, SAN, counsel to EFCC, to shed more light on the ownership of the waybills, Dalhatu said, “the two waybills were discovered in a room filled with furniture and were from a Kaduna-based furniture company, Almuhansay. In our interview with the managing director of Almuhansay, he said that while on one of his business trips, importing furniture from Dubai, he did not fill up his container and was approached by Mrs. Mary Iyah Badeh, who requested that he convey goods to Abuja for her.

“On arrival of the goods, he (MD, Almuhansay) said that he left the waybills unaddressed due to its sensitivity, and gave it to his driver for delivery. Mrs. Badeh’s furniture were marked ‘Badeh 1-9’.”

After re-examination on new issues raised, the case was adjourned to May 16, 17 and 18 for further hearing.