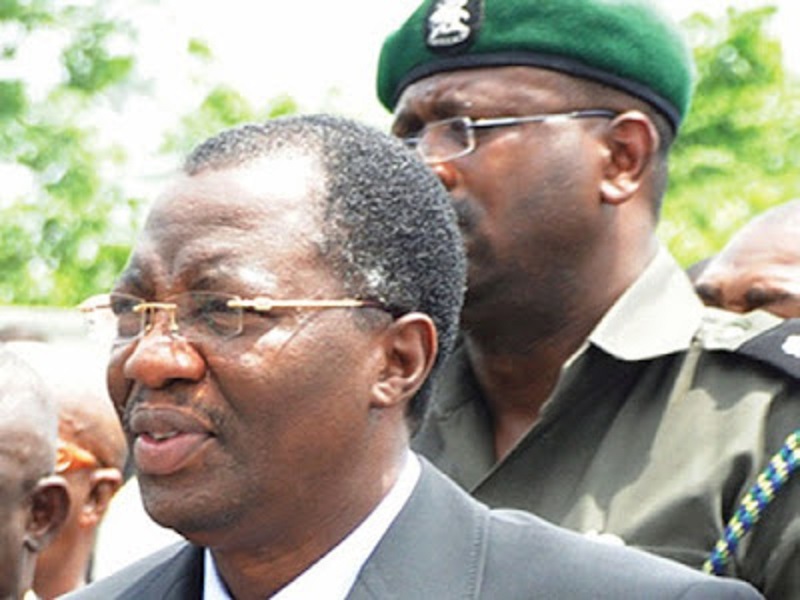 Advertisement
Justice Osatohanmwen Ahodele Obaseki Osaghai of the National Industrial Court of Nigeria, NICN today postponed sine die her fianl judgement on the case of indebtedness filed by former staff of Compass Newspaper against the newspaper and its publisher, Otunba Gbenga Daniel.
Justice Osaghai had adjourned the judgement from April 5 to May 30, 2017 on the ground that the judgement was not ready even after counsel to both parties had twice adopted final written submission.
At the court today, Her Lordship sent the court clerk to announce to counsel and their clients that judgement was not ready and that they would get back to them, leaving the litigants and their counsel to walk out of court dejectedly.
The journalists comprising Emmanuel Ukudolo, Victor Asowata, Azuka Nwokocha, Sebastine Eyinna, Kolawole Ayodele, Hope Abel and Usoro Ndianobong had  filed the suit on Thursday March 27, 2015 at the Nigerian Industrial Court in Ikoyi, Lagos through their lawyer, Mr. Nkem Eke of Nkem Eke & Co Barristers and Solicitors.
The plaintiffs are pleading that the court should compel Gbenga Daniel , owner of Western Publishing, publishers of Compass Newspaper to pay the workers all their emoluments running into several millions.
Both parties have five months  ago adopted their written submission with lawyer to the plaintiffs, Nkem Eke urging the court to pay his clients all their entitlement and cost of litigation.
While Lawyer to the defendant, Mr. Ogundowo prayed the court to strike out the suit for lack of merit.
Speaking in behalf of the complainants, Ayodele described the development as very strange.
“I have not seen anything like this before. What we are used to is for the clerk to also announce a new date but to postpone judgment sine die is quite unfortunate”, he said.
He added that Gbenga Daniel’s Western Publishing, owners of Nigerian Compass owned them salaries in excess of one year and deducted payee tax which it refused to remit to the Ogun State Government; deducted cooperative contribution from source which it refused to remit to the cooperative society ; deducted contributory pension which it refused to remit to Trust Fund, IBTC Pension and other pension administrators even when it refused to pay its own share of the contributory pension.
He added that by so doing the company denied them legitimate income, right to retirement income and deprived them of their right as tax complying workers of the Federal Republic of Nigeria.