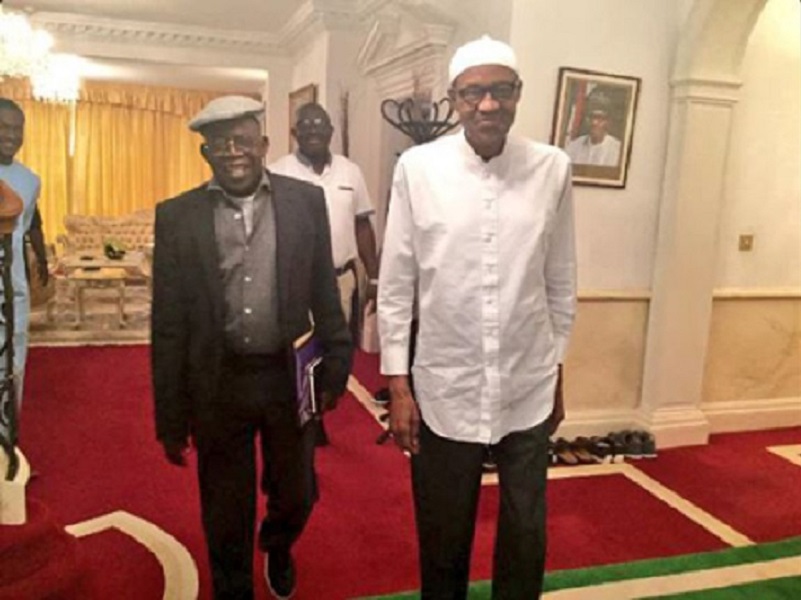 Advertisement
…says he’s not sincere
A political movement, National Forum of Democrats (NFD), has described as insincere, comments by the National Leader of the All Progressives Congress (APC), Asiwaju Bola Ahmed Tinubu, over the health challenges of President Muhammadu Buhari saying the words were meant to please the President “but lack emotional depth.”
The organisation demanded “an apology from the APC leader within 48 hours” saying that is the only way he could convince those he had hurt through his previous comments and actions that he had truly repented.
“Instead of thinking that he can take the whole country for a ride, the APC leader should do the needful by apologizing to the President and Nigerians before he can be taken seriously.
“His last statement on Buhari is just a smokescreen to cover his retreat and surrender approach. We will welcome the repentance and wish he is able to move it a step forward with a mass solidarity rally for the President as was done against him under his watchful eyes”, NFD emphasised.
Tinubu had in his comment on Buhari’s return to the UK, dismissed apprehensions about the President’s health and warned against what he called utterances which could lead to the derailment of the progressive agenda.
While charging anxious Nigerians to trust the President, former governor of Lagos State had also affirmed that Nigeria was in good shape, despite Buhari’s failing health.
But the NFD in a statement by its President, Alhaji Gambo Dambatta, said it was not impressed by the utterances of Tinubu only when the president chose to travel abroad.
He asked the APC national leader to “apologise to President Muhamad Buhari over his other comments before he can be taken seriously.”
The NFD said Nigerians have not forgotten how only recently, the former Lagos governor had indicated interest in running as President of the country in 2019 at a time when Buhari was being treated abroad only for him to amend his comment on realising his mistake later by saying he will contest only if Buhari is not contesting.
According to Dambatta, the nation was also not fooled by the comments of Chief Bisi Akande, to the effect that the President’s health has worsened and that he deserves prayers from Nigerians.
The group said the voice is definitely that of Jacob but the hands were that of Esau and insisted that an apology is required to demonstrate genuine repentance.