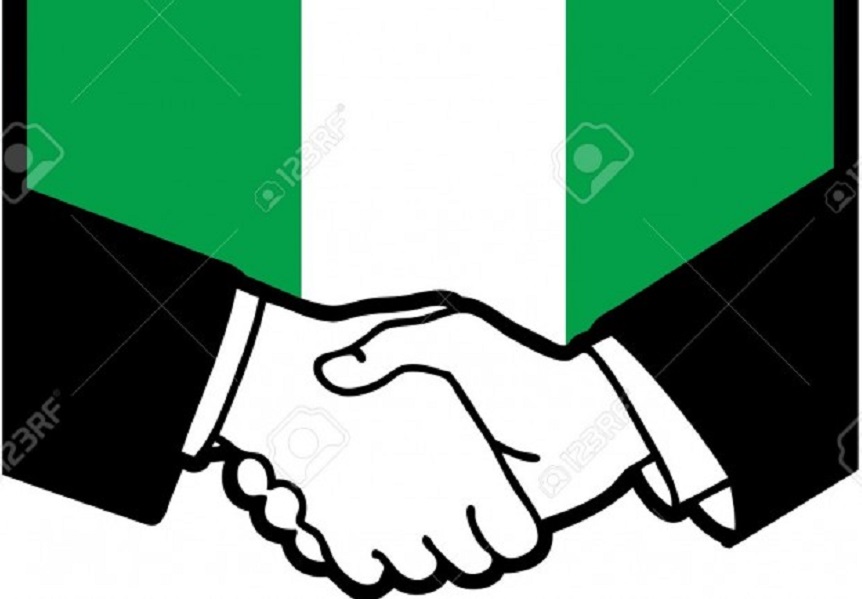 Nigeria continues to bleed from the piercing, cruel claws of her sentient venality. In spite of what is read on the pages of newspaper, the disgusting smell and stench of a dying, or is it dead economy hits us in the face every day. It is a pricking reality.

Did you vote in last general election? Unfortunately, your answer, whatever it is, does not vindicate you neither does it immune you from the harsh reality. We are in it together. This is why we must all be active and political; we must be part of the process.

The saying that it’s always ugly before it gets beautiful has been used to justify the characteristic slow pace of governance of current administration. But beauty, I insist, does not appeal to the dead. It is the living that appreciates beauty. So, while we still breath, it is pertinent that we make conscious attempt at inspiring the kind of change we desire.

That Nigeria is a nation “too rich to be poor” is a trite expression we have come to live with. The blame has consistently been heaped on the leadership of the country, an indictment none of them can be exonerated from. From the colonial days, through to the days of independence – our present day, assuming we are independent – Nigerians have often shown their misgivings with successive governments. And in most situations they are justified, for this earthly space called Nigeria is a sham worthy to be ashamed of. And we are not; because we claim to be patriotic and so we profess and uphold these anomalies.

However, despite the consistent inconsistence and persistence of successive leaders to ensure the country don’t get to its rightful position, considering her endowment with avalanche of both human and natural resources, it is believed that Nigeria has remained in this near-perpetual stagnation because they have refused to do the needful.

It is obvious that we know what our problems are. We also know the solutions to most of them. If you are in doubt, read late Chinua Achebe’s The Trouble with Nigeria. It a represents blunt but concise examination of our issues and a simple recipe.

But Nigeria is a smug clime; a people who see their problems as part of them and see no need for change. The last time the government promised change we got chained. Oh, it has really been change, but a cruel and devastating one, the sort that makes you reminisce the imperfection that was the immediate past administration. This change plunged us into recession. And we are still deeply submerged in that murky water.

Dear Nigerians, democracy begins and ends with you, or rather with us, which is why I am writing this. You must understand this. The problem of the country does not lie in Buhari and APC’s obscured, perceptibly clueless and polarised governance. No. On the contrary, and painfully too, we are proven enemies of ourselves. We have allowed the “cabals”, those forces that held and continue to hold us down far too much space. Democracy does not consist in passive and incredibly indulgent citizens. No, democracy means intensive activism and participation in the process of governance. If you don’t know the person who represents your constituency in the senate, the state and federal houses of assembly; if you don’t know your governor, commissioners, local government heads and councilors and how they got into their respective offices, then you are part of the problems and you don’t deserve sympathy.

Still, if you elected them and did not care a hoot about their personality, character and track record, you are also part of the reason we are where we are. As George Orwell rightly puts it “a people that elect corrupt politicians, impostors, thieves and traitors are not victims…but accomplices.” So you must shine your eyes.

But we can make a new beginning. Complacency and indifference can be a ruthless killer. There are ample reasons to inspire our creative political rage: as recession continues to kick, commodities in the market are almost untouchable and the result is hunger and untold hardship. Millions of people still die of avoidable diseases; the death toll of meningitis epidemic in the country has reportedly risen to 1,069. Those are children, the ones we claim owns the future. We are daily ensnared by our roads. Electricity is still at its very erratic state. And the story of our education system leaves little to desire. I can go on…

In the main, 2019 is way far from now, yet so close to ignore. The political calculations and permutations has since begun among the big wigs jostling for the hegemony over the nation’s soul. We can begin ours now. The social media and other platforms can be a great tool. You can raise those issues which your government have failed to address. Where the government have done well, be fair and highlight the areas too. Join platforms that engage the government meaningfully. Within the ambit of the law, express your anger and wait for them, for soon they will come again in their campaign trains with their illusive and disingenuous mantra. If your road is bad show it. If you don’t have water say it. We must leverage on the power of the new media.

In the end, the idea is to be sure that when they return to us in their campaign trains, we can look them in the eyes and remind them of their sins and show no mercy when we go to the poll. We must jettison the obsolete idea of sentimental voting. It is better to vote an altruistic alien who know and does the wishes of the people than an egocentric, morally bankrupt uncle or brother that continues to loot the common treasury.

Conversely, he who has done well shall receive mercy at the poll. The decision to continue in this gory path is exclusively ours. We must be part of the entire process. We must all register and vote; and when the election is over, the onus is on us to hold the elected accountable. This way the dividends we crave shall be ours.