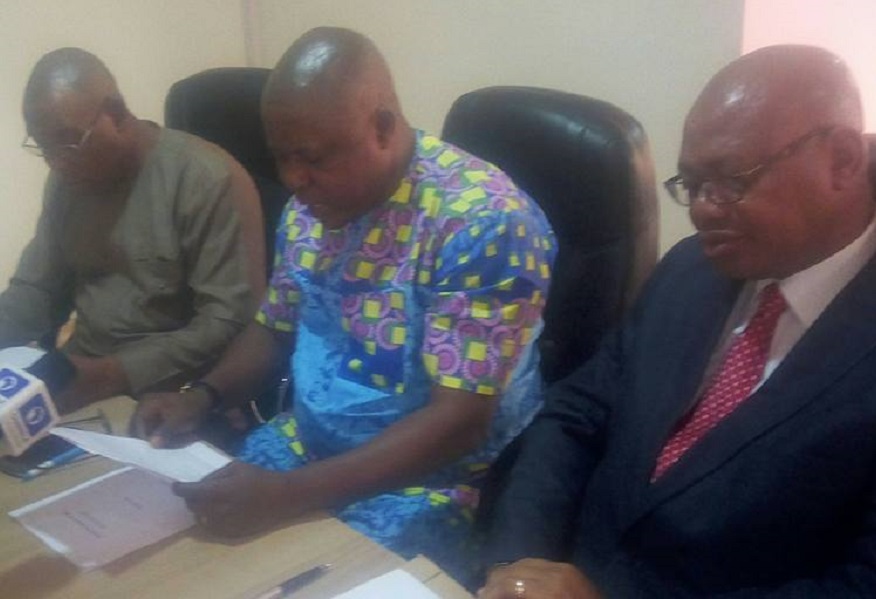 The Delta State governor, Mr Ifeanyi Arthur Okowa has threatened that those in the informal sector who would not pay their taxes should not expect any social benefit from his administration unless they join the moving train of those who pay their taxes regularly.

“The state government has provided several social services which only current tax payers would benefit from”, he further threatened.

The threat was handed down Friday by the Commissioner for Finance, Olorogun David Edevbie during a press briefing on the commencement of the Delta State Informal Tax Collection at the Revenue House, along Summit Way, Asaba.

Edevbie who was represented by the Permanent Secretary in the Ministry, Cornelius Semiteje, announced that the commencement of the collection of the tax would begin Monday 24th, April 2017 across the state.

The government threatened further that “the major condition for enlisting into the YAGEP, STEP, PPSP, Development of Agro-Industries and Microcredit should be the presentation of proof of tax payment by the sponsors and subsequently the beneficiaries”, stressing that parents whose children are in school would not also benefit from the several scholarship schemes available to students from primary to the higher institutions unless they are valid tax payers for their wards to enjoy the benefits.

The governor also stated that “as condition for accessing primary and secondary school education, the parents/sponsors of students must be valid tax payers in both private and public schools. To benefit from the government health care services, the individuals, the parents, sponsors should be valid tax payers”.