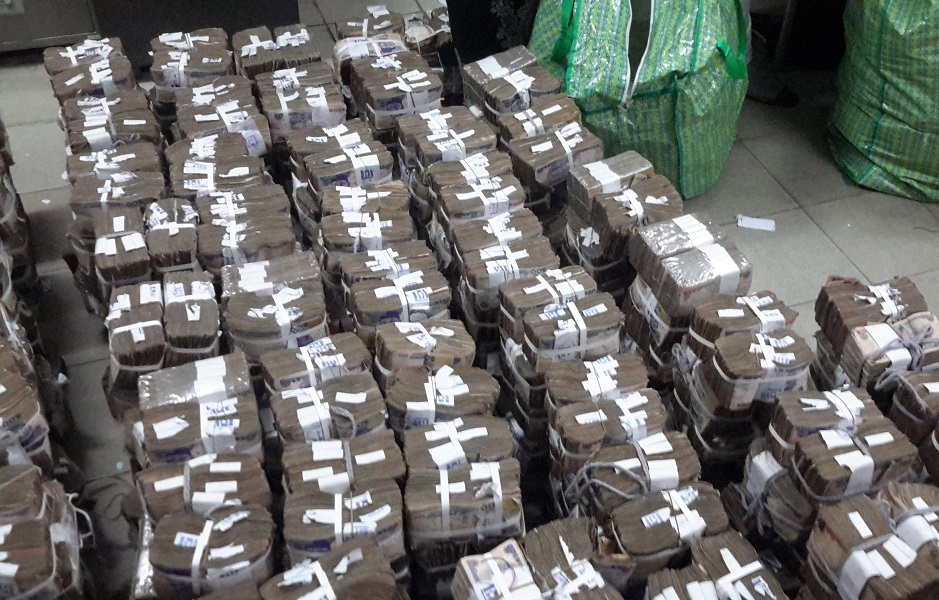 The money stashed in several Ghana-Must-Go bags were in N500 and N1000 denominations, hidden in a shop awaiting conversion into foreign currency.

Acting on a tip-off by a concerned whistle blower, operatives of the Commission swooped on the shopping complex and sought the identity of the owners of two shops, LS 64 and LS 67 which were under lock and key.

The shops had signages of Bureau de Change. Inquiries about the owner of shop 64 indicated that he had not been seen for a long time, as they claimed the shop had not been opened for businesses for close to two years.

Several calls were put to the owner of shop 67, but there was no response.

The attention of the plaza’s chairman and some traders were drawn in order to force the shops open. There was no money found in shop 67, but in shop 64 heaps of Ghana-Must-Go bags were found loaded on the floor of the shop. When the bags were unzipped they were found to contain bundles of naira notes totaling N448,850,000.

Traders interviewed at the premises claimed they were not aware that such money was housed inside the shop, as the place hardly opens for business.

The Commission is investigating the matter in order to unravel the owner and source of the money.