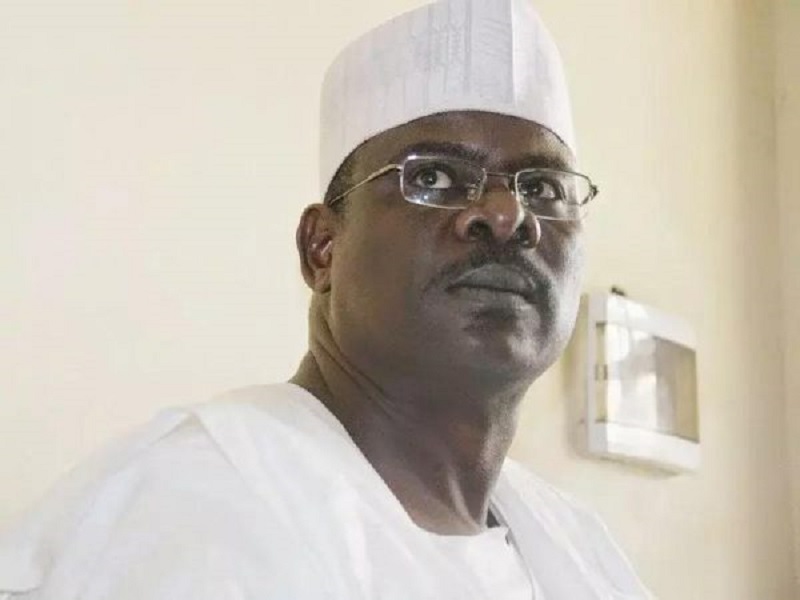 Three months after he was removed as Senate Leader, Senator Ali Ndume representing Borno South is suspended from the senate for six months for bringing Senate to disrepute.

Ndume had on March 21 asked Senate to investigate media reports that the invitation of the Comptroller-General of Customs Hameed Ali was informed by the seizure of the bullet proof SUV belonging to the Senate President and allegedly cleared with fake National Assembly documents.

Senate immediately opened investigation and in less than 48 hours reached a verdict to suspend Ndume.

The panel observed that Ndume did not conduct due diligence before bringing the matter to the floor of the Senate.

The panel had expected that as former Senate Leader and a ranking member of the Senate, Ndume should have weighed the consequences of the allegation before presenting it.

In his testimony on Monday, Ndume told the panel that he did not raise any petition against Saraki and Melaye.

He said he merely brought the matter up to enable Senate conduct investigation and wash itself clean.

Ndume who came under order 14 and 15 didn’t think he had to prove anything or provide more documents other than what he read up.

The panel was obviously not satisfied with Ndume’s explanations when it ruled that having failed to cross check his facts he could not have been seen to have done what he did in good faith and as such should be penalized; recommending that Ndume be suspended for 181
legislative days.

Pleads not to suspend Ndume and for Senate to treat his case as first time offender were turned down.

The punishment was however communed to six months following further appeals from other lawmakers who asked that Senate tempers justice with mercy.

Senate cleared Saraki after noting that his name was not mentioned anywhere in documents connected to the SUV.

It ruled that the story was cooked up against him with intent to sneer the National Assembly.

While all of this happened, Ali Ndume had left the Senate building;  making it difficult to get his reaction.

His suspension comes barely 24 hours after Senate vowed to defend its integrity against any form of aggression or transgression.