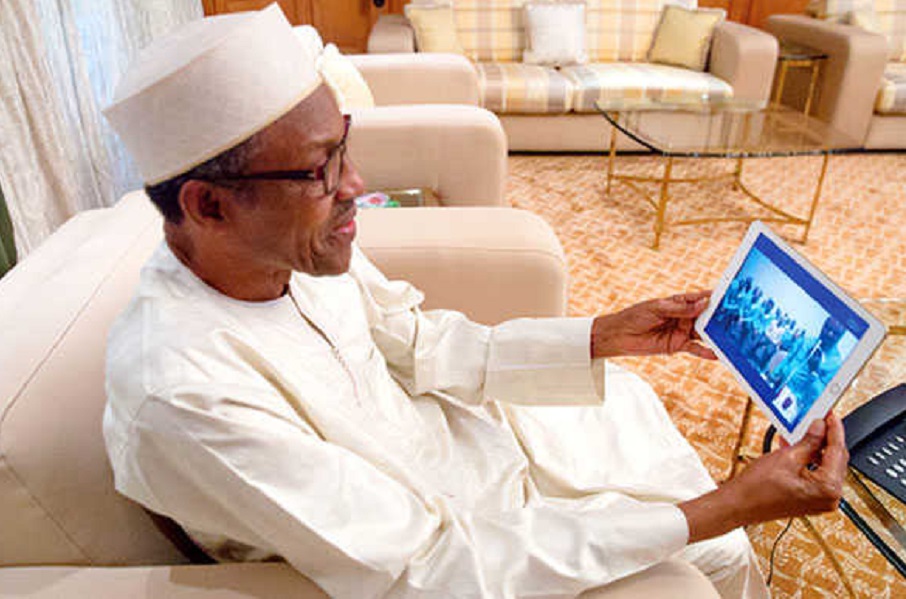 Couple of days ago, the kogi state government house was thrown into a celebration mood following a purported phone call from President Muhammadu Buhari who is currently on a medical vacation abroad to the (unelected) governor of kogi state, Alhaji Yahaya Bello. In the words of the governor “Buhari told me he is impressed with my leadership quality and the good work I am doing in kogi state”. Kogites and keen watchers of the programs, policies and activities of the kogi state government have been analysing and x-raying the whole drama behind the call, and the yardstick which Mr President had used in measuring performance and arriving at a verdict on kogi state and its government.

If the said call actually happened, then Mr President has made a goof in his assessment and conclusions of the Yahaya Bello led leadership of the state.  The president may have been misled and misinformed about events and happenings in kogi state. For the information and proper enlightenment of president Buhari, we presently have a lying government in the state. A state government which claims that all genuine workers had been paid and those not paid were ‘ghost’ workers whereas many of the cleared workers and pensioners in the state have been forced into a compulsory fasting since the past fourteen months with no hope of when their starvation and hunger will end. The only thing that has changed since inception of the present government in the state is the metamorphosis and reshaping of lies and the display of expertise in social media propaganda.

Today in kogi state, suffering and helpless civil servants and pensioners are dying almost on daily basis due to hunger, preventable and treatable illnesses and diseases, low self esteem due to non payment of their salaries and pensions, and trauma.  While workers and pensioners were turned into cooperate beggers all over the streets, government appointees are living larger than life in affluence, extravagance and enjoyment with acquired properties spread all over the state and in choice areas across the country, as well as expensive and latest cruising automobiles.

Rather than putting heads together to brainstorm on how best to provide portable drinking water to ameliorate the prevailing severe water scarcity across the state, some government appointees have sunk boreholes and sells water to the poor masses even at exorbitant rates.

The kogi state government has made a mockery of the whistle blower policy of the federal government by reducing same into a witch hunt program where a reward of half a million was promised anyone with information that could lead to the where about and arrest of critics and oppositions of the state government. The state government house has been turned into a cell where critics, members of the opposition political parties and perceived enemies of government are been unlawfully and unduly detained, torture and dehumanised. Instead of the government to silence the opposition and critics across the state with good governance and people oriented policies and programs, it is rather displaying and exposing its pettiness and lack of clear understanding of constitutional democracy by the recent clamp down and war on critics and members of the opposition.

Mr President,considering your intolerance to corruption and your body language towards the provision of good governance to Nigerians regardless of their political inclination, religion, gender or tribe, the present state government in kogi has done nothing for you to be proud of, the only leadership qualities that has been displayed so far by governor Yahaya Bello is that of lies and deception, falsehood and social media propaganda, political intolerance and tyranny, wasteful appropriation of funds and financial recklessness, deliberately subjecting the state’s workforce to severe hunger and untold hardship. If you really did alter those words to governor Yahaya Bello, then you are wrong in passing a verdict without having or demanding a reliable information on the true state of affairs in kogi state.