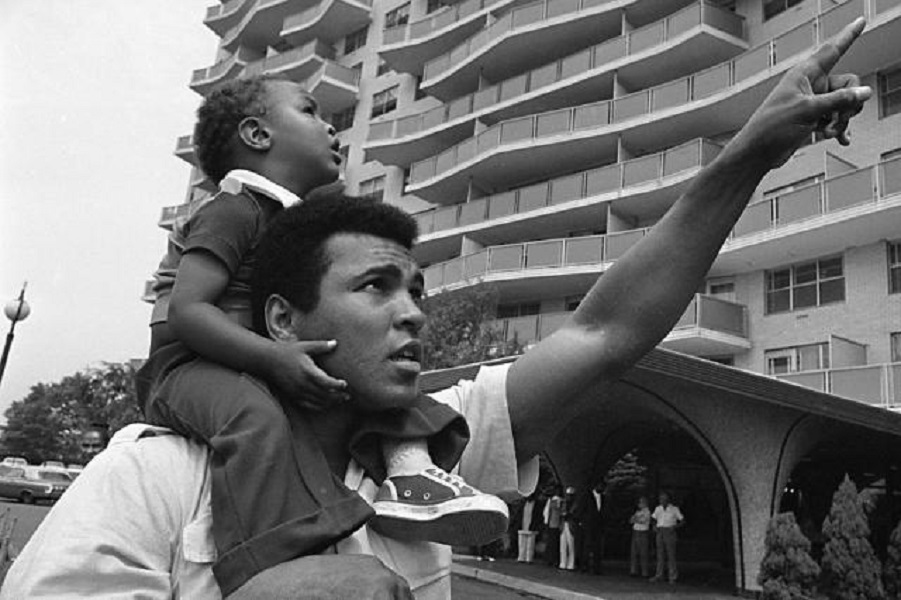 Muhammad Ali Jr., son of the legendary boxing champion Muhammad Ali, was detained by immigration officials at the Fort Lauderdale-Hollywood International Airport for hours on Feb. 7, according to several reports.

Ali Jr., 44, was traveling with his mother, Khalilah Camacho-Ali, to Florida from a speaking engagement in Montego Bay, Jamaica, according to the Courier-Journal.

Keith E. Smith, a spokesman for the Florida division of the U.S. Customs and Border Protection, declined to comment on the incident, writing in a statement to PEOPLE: “Due to the restrictions of the Privacy Act, U.S. Customs and Border Protection cannot discuss individual travelers; however, all international travelers arriving in the U.S. are subject to CBP inspection.”

The Courier-Journal reported that the Alis were taken aside because of their “Arabic-sounding names,” according to their family friend and lawyer, Chris Mancini, who spoke to the outlet.

Mancini claimed that officials held and questioned Ali Jr. for nearly two hours, repeatedly asking him, “Where did you get your name from?” and “Are you Muslim?” according to the Courier-Journal.

Camacho-Ali showed officers a photo of herself with her famous ex-husband and was not detained, the Miami New Times reported. Her son didn’t have a photo to prove his famous pedigree, even though he does hold a U.S. passport and was born in Philadelphia.

“This is an outrage,” Mancini told the New Times. “I don’t know what is going on with Mr. Trump’s claim that his ban is not religion-based. We do not discriminate in this country based on religion.”