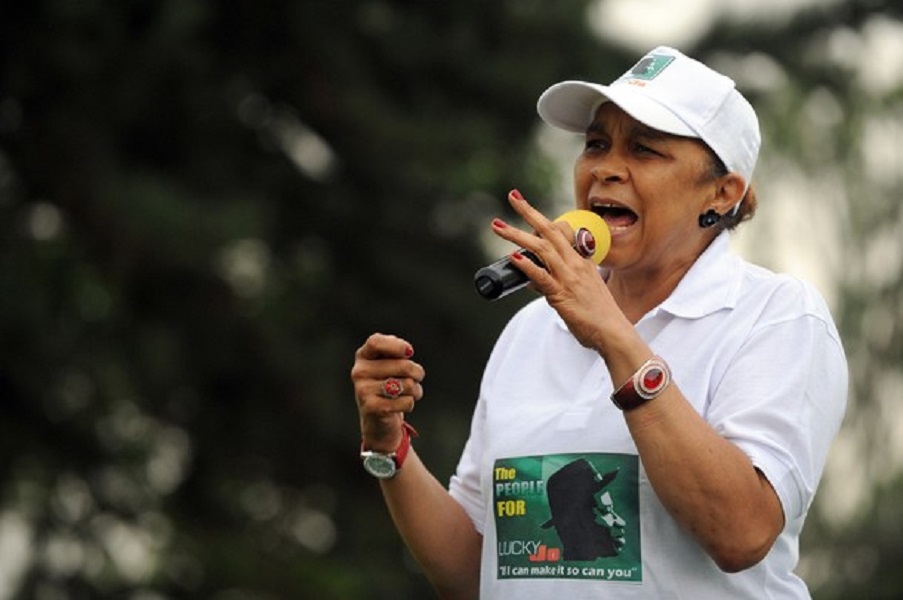 Advertisement
A former Niger Delta ex-militant leader and Head of the Bayelsa State Waterways Security Task Force, Africanus Ukparasia also known as “Gen. Africa”, has described as lies allegations by a female activist from the Niger Delta, Ankio Briggs, that Governor Dickson had donated 1,200 hectares of Ijaw land to Fulani herdsmen for cattle grazing.
He called on all well-meaning Ijaw sons and daughters to disregard her report in the social media in its entirety because there is no truth whatsoever in it.
“General Africa”, in a statement issued in Yenagoa on Wednesday, said the governor merely made available the Bayelsa Palm Area as a confined space for cattle rearers to rear their cows, slaughter it and sell.
According to him, the decision would curtail the herdsmen from moving around the state with their cattle and destroying farmlands in the process adding that, all these were done in the interest of all Bayelsans “and to ensure that cattle rearers don’t go beyond their boundaries.”

While warning Ankio Briggs and her group of jobless social media supporters to steer clear and desist from meddling in the affairs of the state, the repentant Niger Delta warlord said any further attempt by her and ilk to use the social media or any other platform to incite the public against the government of Bayelsa State will be resisted by him and his group.

General Africa” said, “Governor Dickson’s action was the right step and should be commended by all. Ankio Briggs should have contacted the governor directly to seek further clarification on the government’s decision rather than take to social media to incite the public against the government. Is she saying that it is better for the herdsmen to roam our communities and in the process destroy farmlands which will later result in untold crisis, needless bloodletting and mayhem between the herdsmen and our people?

“The Fulani herdsmen are even expected to pay taxes to the state government for using that confined space that has been provided”, he stated.

“Ankio Briggs cannot claim to be more Ijaw than Governor Dickson who is not only a well respected product of the Ijaw struggle but today now stands as the leader of the Ijaw race by virtue of his political leadership and outstanding track records of service to the Ijaw nation. She should rather focus her attention in her home state of Rivers where Ijaw collective interest and essence is grossly undermined and threatened. The Ijaws in Rivers State have almost lost their voices and place in the scheme of governance, yet Ankio Briggs instead of confronting the demon in her house would rather poke her nose in other people’s affairs.

“Let me also use this opportunity to warn all those who think that they can catch in on Ankio Briggs’s reckless and inciting statement to ferment trouble in the state to desist. As one who has spent considerable time in the trenches fighting for our people, I know what it means to secure the peace that we are currently enjoying in the state today, courtesy of the Bayelsa State government. It has come at great cost and we will go to whatever length to stop anyone or group who want to truncate the peace and destabilize the polity just to achieve their selfish aim.”