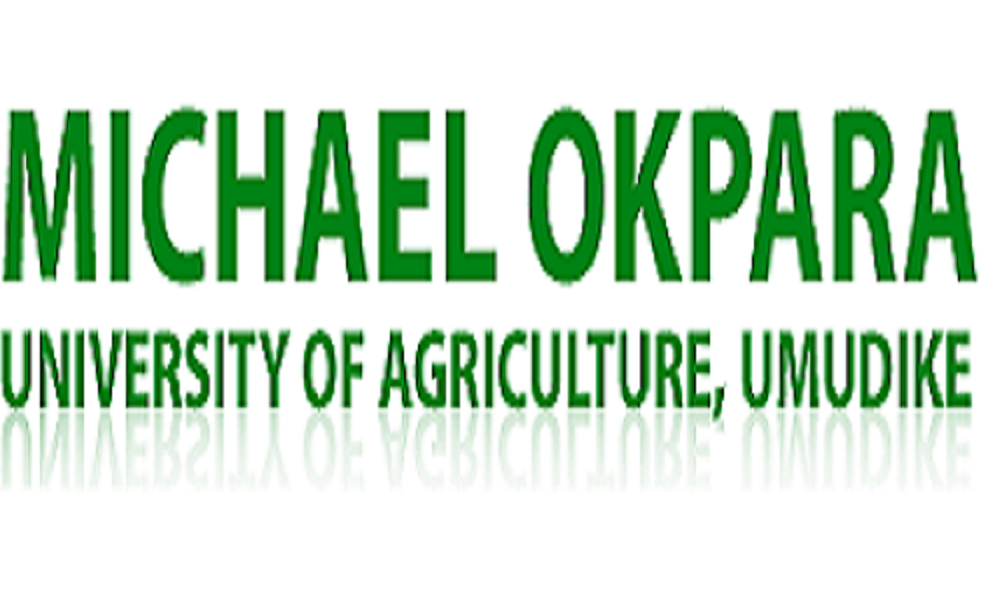 About 300 protesters led by the President, National Association of Nigerian Students (NANS), Chinonso Obasi, on Thursday stormed Abuja with placards demanding the prosecution and imprisonment of the Vice Chancellor of Michael Okpara University of Agriculture, Umudike, Prof Francis Otunta, over alleged fraud and bad governance.

During the protest which took them to the Independent Corrupt Practices and Other Related Offences Commission (ICPC); Economic and Financial Crimes Commission (EFCC) and the Ministry of Education, they urged the agencies to investigate fraudulent contracts issued by the VC when he was the Rector of Akanu Ibiam Federal Polytechnic, Unwana.

The protesters, who carried placards with inscriptions such as, “Resign Now! Concentrate on defending the corrupt allegations before you”, “Save our educational institutions from corrupt administrators,” “Francis Otunta when did you become education contractor,” among others.

The VC, the protesters alleged has pending fraud case instituted against him at the Federal High Court, Abakaliki.

They alleged most of the administrators from tertiary institutions in the country have ruined the institutes, looting resources meant to develop, train and educate the students.

According to Obasi, a Post Graduate Diploma student from Ebonyi State University, the worst corruption occurs in the universities, polytechnics and other tertiary institutions in the country.

The NANS president, who ho stated that the protesters did not come to seek for financial reward disclosed readiness of the students to volunteer their supports against corruption in the institutes of higher learning.

“We know this corrupt VC. We want to help the ICPC. Corrupt officers in our universities must be arrested and prosecuted,” he added.

In her remark, ICPC Head of Intelligence and Security, Mrs. Patience Osaye appealed to the protesters to relax their protest stressing that demands of the protesters would be presented to management of the commission.

ICPC Director of Administration, Nathaniel Baku acknowledged a copy of the petition submitted to the ICPC.

He said the commission will read through the petition and take best action.

“You know we are partners in this fight against corruption. We are working on system of the institution to fight corruption,” Baku added.

At the EFCC, the protesters accused the VC of similar offence, extortion of N4, 000 from students for campus shuttle and compulsory N5, 000 levies for Information Communication Technology (ICT).

Details of the petition below…

I wish to humbly compliment the Independent Corrupt Practices and Other Related Offences Commission over the many successes recorded since established especially in the fight against corruption and other economic crimes.

The National Association of Nigerian Students under my able leadership salutes the courage and decisive incursions of the able leadership of the current management of the ICPC led by Mr. Ekpo Nta into perpetrators of fraudulent acts committed by public and private citizens who breached public trust.

In line with the resolve of the President Muhammadu Buhari’s led Federal Government to encourage whitsle-blowing, curb corruption and recover stolen funds, our association (NANS) has graciousy accepted to act in good faith and whitsle blow corrupt practises particularly in the education sector.

Mr Chairman, the worst corruption is actually happening in our tertiary institutions. No nation can develop above her people.

A lot of our administrators have ruined the tertiary institutions, looting resources meant to build, train and educate our nation’s manpower for future development as a people and nation.

Permit me, Mr Chairman, to enjoy the good intention of the ICPC by bringing to your urgent attention the need to beam your searchlight on activities of tertiary administrators in our educational institutions particularly those with barrages of allegations deserving probe and possible prosecution.
In making true the essence of complimenting your efforts, the National Association of Nigerian Students wish to call on the ICPC to probe the allegations of fraud and corrupt practises levelled against Prof Francis Otunta during his tenure as Rector/Chief Executive of Akanu Ibiam Federal Polytechnic, Unwana and now as the Vice Chancellor of MOUA, Umudike, Abia State.

In consolidating on the resolution reached by the NEC of NANS at a press conference addressed by the National President, Comrade Chinonso Obasi, GCNS; gave seven days ultimatum to the Vice Chancellor of Michael Okpara University of Agriculture, Umudike -Prof. Otunta, to resign from office for issues bothering on gross incompetence, dishonest practices and highhandedness, as well as engaging in behaviours inimical to the academic and proper development of students.

Instead of commendably heeding the call by NANS, Prof. Otunta rather mounted a high horse and resorted to grandstanding and declaration of war against the NANS President, Comrade Chinonso Obasi, whom he claimed was expelled from Federal Polytechnic Unwana.

Based on the foregoing, NANS wishes to spell out the cases against Otunta, which make him unsuitable to continue to occupy the office of Vice Chancellor and insist on his resignation from office, face the allegations levelled against him and either clear his name or face prosecution if found guilty.
.

III. Within few months of assuming office as VC of MOUA, Umudike, perhaps to lay the foundation for another commission of fraudulent contract awards for which he is standing trial in court, Prof. Otunta prematurely removed a good number of HODs to cover impunities perpetrated in Computer Engineering.

VII. Illegal collection of N2, 500 for online registration of all one hundred level students of Engineering and illegal fronting of engineering students for dubious but selfish objectives by fraudulent academics in Engineering Department.

Sir, NANS is not only disturbed about the dirty and bushy environment in MOUAU, which is inimical to students health and academic work, but also that in spite of the N4, 000 extorted from students, the transportation system has crumbled, with lack of water and power supply compounding the woes of students.

Consequent upon the foregoing, NANS hereby urges the ICPC under your competent leadership to probe Prof. Francis Otunta on these allegations, especially the criminal case of forgery and fraud instituted against him at Federal High Court, Abakaliki.

We have resolved to partner the various anti-graft agencies in the country hence our decision to whistle-blow Prof Otunta’s acts of dishonesty to the Independent Corrupt Practices and Other Related Offences  Commission in the hope that justice can be served and public funds illegally diverted can be recovered.

We assure you of our commitment and pledge our full support for the fight against economic and financial crimes.

We await your prompt consideration of our petition and urge your commission to continue the good works so far achieved in the fight against fraudulent and corrupt practises.